Hi, first off I'm very sorry about the clusterfuck that is MSU1 volume on the sd2snes.

Actually Rev.G still isn't quite there yet in terms of volume. It also has reliability issues because at 5V the input logic high threshold of the DAC comes close to the output high level of the FPGA which turned out to result in crackling noise in non-ideal situations. (TBH I was somewhat surprised to see Rev.G units out in the wild.)

Rev.H finally uses proper amplification (turned out the SNES loads the line-in with 200 ohms) and runs the audio stage at 3.3V again to address both volume and reliability issues. This should be considered reference, it matches bsnes volume within 0.1dB. (but already I'm in doubt, see my question below...)
I am currently preparing instructions for turning Rev.E/F/G into Rev.H and hope to be able to post them by the weekend. However it's not as simple a modification as the Rev.E/F -> Rev.G one because some resistors and capacitors need to be removed and an IC and two resistors added.

@qwertymodo
Have significant volume changes been made in higan v100? I'm asking because sd2snes Rev.H bases MSU1 volume on its level relative to the SPC level in bsnes-plus. I'm guessing if anything that it would be a bit too loud, however detecting Rev.H and applying proper attenuation can now be done in firmware IF it is necessary.

ikari_01 wrote:Hi, first off I'm very sorry about the clusterfuck that is MSU1 volume on the sd2snes.

Ah well, live and learn.  The fact that it even exists in physical form more than makes up for the problems along the way.  And we all know how byuu loves to change things up whenever the mood suits him. I'm just glad that people like you are putting in the effort to actually get things right instead of just getting mad over the whole thing and leaving it in the messy state that it was. It's been hard getting some people on board with that...

ikari_01 wrote:@qwertymodo
Have significant volume changes been made in higan v100?

Yeah, somewhere around v100, byuu did significantly change the way the mixer worked, but the levels of each channel (MSU/SPC) should still be the same relative to each other.  Before, he was mixing (channel 1 + channel 2 + . . . channel n) / n, now he's not dividing by n anymore because he realized that the line level was low enough that there was plenty of headroom, and it was weird the way everything got way quieter any time you added another input channel.  This shouldn't make any difference in the "are the SPC sfx too loud/MSU music not loud enough" case because both channels are affected equally.  What it *does* affect is the way that if you were trying to do a side-by-side comparison of an original unmodified game and an MSU-1 hack in two separate higan windows, before the MSU-1 hack would sound way quieter because the mixer was dividing the output by 2.

I did a few tests on a Rev E1 cart that I upgraded the DAC to Rev H using the schematic you sent me (added the op-amp), and I'm not sure if the volume levels quite matched up to higan with the boost disabled, BUT don't put too much stock in that, it was a really quick test and it was late at night and I wouldn't necessarily trust my test setup.  Just listening to it, it sounded great, it was only when I actually recorded it and checked the dB levels that things looked wrong, but again, it was a very quick test that I haven't taken the time to replicate.  Rev H is DEFINITELY a huge step in the right direction, even if it does need some slight tweaking (and again, maybe it doesn't, there are 3-4 other variables I totally didn't account for), I don't think you'll need to make any more hardware changes.

In any case, when you're doing your own testing, yes, higan ~v100 or so (I don't remember the exact version) will sound significantly louder overall than previous versions (and probably louder than bsnes-plus), but the MSU-1 relative to the SPC should still be the same.

Hey ikari, nice to see to you're aware of the issues and are making an effort to fix everything. I've held off from upgrading my board to a Revision H (from an F) because many hacks would be too loud, but I read you might add a configuration to -dB. And Kakashi is working on quieting the loud tracks I believe.

Qwertymodo, I've gotten a chance to play through some Chrono Trigger with your new conversion. Good news is that your changes seem to be fine, music matches SPC volume pretty good. Bad news is that since this requires the +12dB boost in the MSU-1 settings (board F) the sound comes out really badly clipped on many tracks. So when I was writing about all of those issues I was having with sound quality when boosting, it wasn't in my head. There's definitely some sound issues with boosting MSU-1 PCM's via software. I imagine hardware fixes wouldn't have this issue (op-amp on revision H).

I even did a test where I set the dB boost to 0 (so the tracks were really quiet) and then turned my stereo up to the volume the tracks were at when boosted at +12dB (this meant the SPC tracks would be very loud). To my surprise, there was zero clipping or distortion on any of the tracks! This means that it is definitely a software issue, which makes sense. It's usually not a good idea to boost music in software. Just look up "loudness war" if you want to read about what's going on with music nowadays. 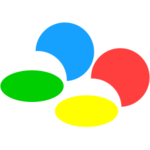 suFami wrote:To my surprise, there was zero clipping or distortion on any of the tracks!

The MSU1 volume boost feature tries to make up for lack of DAC output level by applying gain to the digital audio before sending it to the DAC - it cannot circumvent the physical limit of the DAC per se. It hits a wall where the 16-bit dynamic range ends.
Consequently the software MSU1 volume boost will clip even at the lowest setting with music sources that are already using the full dynamic range (0dBFS). Most however do not, so you can exploit that bit of headroom using the software volume boost to partly make up for the insufficient output amplitude from the DAC.
If you output non-clipping audio from the sd2snes - and just apply the gain in the analog domain using your amplifier's volume knob - it won't clip no matter how loud (within the capabilities of your amp).
I hope that made sense

Yeah, basically it doesn't matter if you apply the boost or if I boost the PCM files, the effect is essentially the same. Chrono Trigger does have pretty loud SFX, as I found when I kept wanting to set the PCM normalization higher because of how loud the SFX sounded, but then I would do a side-by-side test with the original, and they were much louder than the original tracks. I tried really hard to get the normalization right.