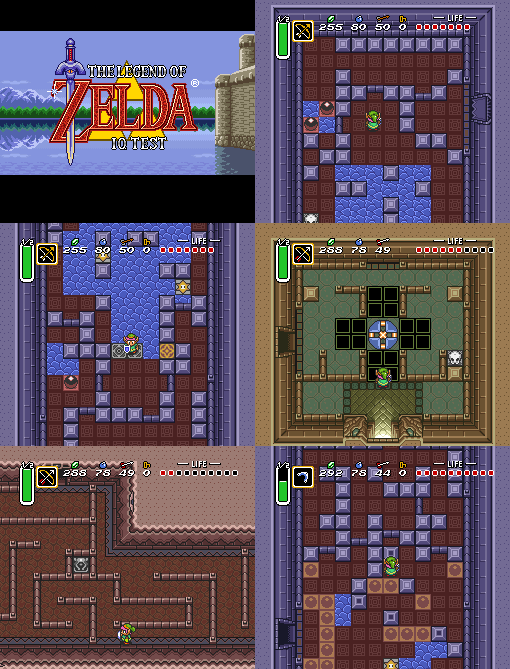 
The final installment of the IQ series, The Revenge of the Einstein, includes some of the most difficult block puzzles ever created in a Zelda game. The already existing puzzles from the IQ and Conker, which were considered to be of a better design, were used in this game and remodeled to be even more difficult, yet some rare puzzles are brand new.

Re: Zelda3 IQ test Revenge of the Einstein

Re: Zelda3 IQ test Revenge of the Einstein

Hi guys,
a few friends and I have started Zelda3 Cube, Puzzledude's Quest & this romhack lately, but we've been in trouble completing them early on.
All of the roms have been updated october 2018 and there's no walkthrough/help for the newer version.

For instance: this room has red open pegs in the Cube/Revenge hack which was played by ChristosOwen, but in the newer version it's this suddenly: https://imgur.com/a/8IBWvUr

Puzzledude's quest has no zelda and the hammer is replaced with 300 rupees.

I wonder if there's still the previous version available to play since on romhacking.net only the newer ones are accessible and the links here from acmlm's page are not working anymore.