Legend of Zelda: Rick and Morty

Legend of Zelda: Rick and Morty

This romhack will need some assistance before finishing, like a bunch of retextured graphics (that I can't change), and even some music changes (like the Evil Morty theme replacing Agahnim's Theme). I have finished changing the text, now I'm hoping that some people will be helpful to complete my romhack.

Want to help out? Here's the website that has everything I need. https://rick-and-morty-in-a-link-to-the-past.weebly.com/

Here's a small portion of the story:

Rick Sanchez was in the garage working on something when some terrorists of the Galactic Federation attack. Morty just so happened to be in the garage as this was happening. Rick accidentally makes a portal and both Rick and Morty both slip into this portal which sent him to dimension LOZ3. The Federation sent a large amount of soldiers in the portal; they didn't find Rick immediately, though. The Galactic Federation had made an agreement with Agahnim to arrest Rick and make sure he doesn't escape again.

The Rick sprite was not my creation, credit goes to hoodyha (well, it's his discord username)

Also, the Thieve's Town rail clip to EG no longer works, as the rail is connected to a vertical rail. You can no longer beat the game via EG to Ganon room. The transition is surrounded with impassable spikes. The rooms around the top of room 0 (Ganon fight) will have impassable spikes around it, like:

(note: the spikes in the Ganon fight aren't visible)

Last edited by Devan2002 on Sun 12 Nov 2017 - 11:26; edited 2 times in total (Reason for editing : Including a website showing what needs to be added to this WIP romhack (credit will be given to contributors).) 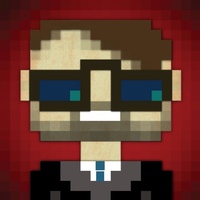 Re: Legend of Zelda: Rick and Morty

This is an interesting idea, though a lot of it is a bit out of reach without a lot of Link to the Past rom hacking experience. After 7 years of hacking, I do not believe even I could make your a dream a reality.

Also there's a link to a physical rom in your weebly address, this is illegal. Pls remove. thnk u

Re: Legend of Zelda: Rick and Morty

It's been removed. Thanks for the heads up, despite not knowing how contributors could potientally help with the romhack.