Excellent work! I will surely make a soundpack for this with my own covers down the line.

Thanks for your effort, added them to First Post (hope DS is ok doing that) and updated links list in the msu list in General Discussions

I'm sure he is glad I got into this. My next release is also something I own him for a few years now. 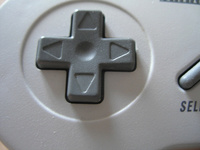 This is amazing. Would it be possible to have MSU1 on the Aeon Genesis translation? That would be the best version of the game.

walter10h wrote:This is amazing. Would it be possible to have MSU1 on the Aeon Genesis translation? That would be the best version of the game.

Maybe someday I'll go back and make a patch for each region (Japan, PAL).

I just wanted to point out that when I use this with any of the packs on a wii with snes9xgx 1.37, I get choppy music playback.

pfraktall wrote:I just wanted to point out that when I use this with any of the packs on a wii with snes9xgx 1.37, I get choppy music playback.

pfraktall have you tried Retroarch, If you have not you should because the snes emulator can play it without a issue, at leat on my part. I hope that helps. I do not think Snes9xgx is optamised for msu1 games.

Yea I know but right now my setup doesn't allow for my computer to go into my trinitron. Wating to get a converter. Snes9x is now made for msu-1. Both for pc and wii and other games work fine but I assume it might have something to do with wii not being as powerful.

An update for anyone interested. I found a site that has forks/mods of wii emulators. Search for RetroArch Wii MOD Pré Configurado. I use the non preconfigured one. If you go by these settings: https://forums.libretro.com/t/recommendations-for-optimal-video-settings/1097, even a 480i display will do 240p and look really nice. And the most important is that the msu-1 soundtracks have very minimal to no issues. Actraiser works like a charm now.

("Integer Scale", this ensures the video is scaled correctly against 480p or 480i ........... it seems to shrink the screen a tiny bit, and it removes the tiny bit of extra blurr caused by a shader.)

(Recently figured out why people liked that option, "Integer Scale", at least on the retropie, reducing the "render resolution to 320x240", and "display to 480", for now i use mostly "image-adjustment.glsl" on 2x and barrel distortion for snes, or 1x for other consoles, I scrapped most of what i used to use)

The "Nintendo Wii" snes emulator ... ... ... ... I only played with the original xbox1 (mabmab emulators), and it had bugs.  (i though they started to make CRT tv's with changeable blubs before they stopped making them)