Out of this World

Out of this World

PittStone Alternate MSU Video Intro
Only a msu intro video (no complete pcm pack), but a quite cool intro! Replace it with that that comes with one of the above pcm packages of your choice.

--------------
* Credits: there is a text file in the download giving credit to everyone involved with the project, including where the audio and video were sourced from.

** Keep in mind of the limitations of the original SNES version. Great care was taken to pick the most suitable 3DO tracks with relation to the SNES version. Additional rom hacking from the standard ROM would be required to add the additional 3DO tracks not found in the SNES version. So please, be kind with the comments. For the video, Relikk's 20th anniversary with remastered audio was used. You can switch it, if you so desire (by downloading the other version from the above link).
------------- 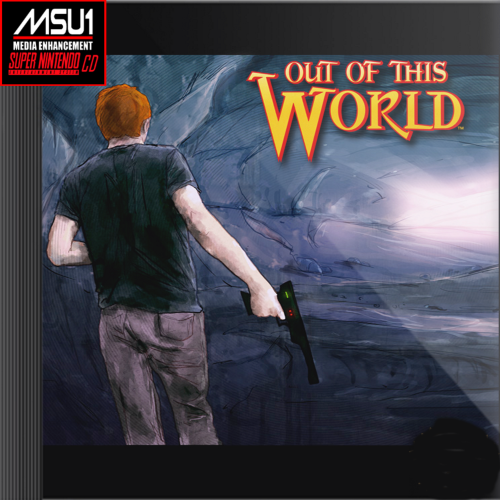 Out of this World :: Comments

@Conn I doubt it is file corruption (the track plays w/o issue on foobar). The only difference between the two tracks is the file size. Have you tried swapping with other tracks around the same file size (1.5MB or less)?

@Conn I'm checking to see if this track is suppose to loop. It cuts off cuz it is short in playtime (assumed this track was a loop). I'll get to the bottom of it.

@Conn It was the filesize of the track and not due to file corruption. By doubling the playback time and increasing the filesize now the bug is gone. It is weird that the track was set to loop but bugged out cuz its less than 1.5MB. Now at 2.3MB and it works great. Weird. Good call, Conn. Good call.

Great you could resolve it

Are there more tracks having this problem? Let me know when/if the pcm pack is updated...

@ToAll Fixed Track 4 for Creative uploaded (have to re-download package). Also added Classic Set (merged Relikk's 2nd video). You only need the video if you chose to use the video-audio ips patch.

pepillopev wrote:@ToAll Fixed Track 4 for Creative uploaded (have to re-download package). Also added Classic Set (merged Relikk's 2nd video). You only need the video if you chose to use the video-audio ips patch.

we can improve pcm.
There is a lot of pcm of the version of Sega CD that greatly improves the game ... But I do not know how it would add

@fullgamezone There is a theme link with a GoogleDocs at the top of this page (here it is anyway Theme Link). This GoogleDoc has all the track values and where it corresponds to the game to help you out making your own Sega CD PCM set. Good luck.

The problem with the Sega CD version is that most of the music is used for cut scenes and incorporates the sound effects from those cut scenes as well. It's not really viable.

It seems to me until a good and complete source music material arises, the Sega CD PCM version is indefinitely postponed. I do hope something eventually turns up.

What frame rate has that intro?, is very solid.

I would like to make a version mixing the best songs and effects of the Sega CD, 3DO and PC version.

But for this you would need a patch-creation expert to add effects to certain places in PCM and create new songs for the game.

I know it's possible because they created a version of Top Gear 2 with more than 50 songs ....

But for this we need to understand ourselves, create a chat room or add to facebook using the chat to go by adding the details to the details.

I'm willing to create PCM, but I need someone on my side to create the patch ...

If Conn feels it is worth it then he will do it. Otherwise, you will have to sit tight until someone else shows up to help you.

pepillopev wrote:If Conn feels it is worth it then he will do it. Otherwise, you will have to sit tight until someone else shows up to help you.

You do not know how to patch?

@fullgamezone I do but this game does not really interest me much to make the effort. I only helped out with the PCMs because I owed Conn a huge favor. Sorry to disappoint.

It could be possible to add more themes, but the code is not friendly. I once tried to get stage numbers of password and failed. To add more tracks you need find those ram addresses. I may be able to find, but the game isn't worth that effort for me. I did the patch with the snes triggers available in the code, and that's all I'm willing to supply for this game. It was exhausting enough with video and the strange code I had to deal with.
If you want more tracks you need to use the 3po version or so, I'm afraid

Okay. I'll create one on top of what you have. This game could have the most explored audio making it very cool. When I get something to do I like to do well done. Like my version of top gear 2, secret of mana, among others.

I tried reworking with Sega CD Audio. In the end I thought it was not worth much because 3DO Audio is very competitive and even better.

Now to get full just add an audio at the beginning of the game when you get out of the water if you make a code for an audio in the first stage before you find the lion monster will be complete.

If someone does this patch I send the audio. The rest is very good.

I have made a new msu intro Video with Clips from a alternate Remake of Another World Intro.
Download

@PittStone Your link has been moved to the top. Thanks for your contribution.