As soon as I have the patch I'll make a new thread for the demo.

Ok, I've send you all the files in 2 zips, the first .zip is the actual Exlorom, the other .zip is the release with the patch, patcher, info and both emulators to use. The fastest way to make the release is to upload this zip file and link to it, since it has all the files needed to patch and play. You can of course test the patch again if you like using the info file.

I only hope you have updated my all-in related fixes.

I believe there's no direct need for that, since a lot of things still need to be done.

I believe there's no direct need for that, since a lot of things still need to be done.

When being hit while using the bottle the menu won't come down afterwards.

Though it would be best to have the latest fixed patches applied in the beta. If people start reporting already fixed stuff and I need to retrace that all I surely run nuts To everyone: Recommended!
(when it's released ... should be any moment now).


I still could defeat the final boss, you just need to fill him with arrows/nuts before he pounds. He is f ** as you've put it, since the monologue editing in HM will destroy the camera shake. Go to E8000 (no header). You have 80 80 bytes. Change this to 01 FF (this is for future releases only, the players can still defeat this boss with fast shooting).

Will give you the "official" feedback and oppinion when you open the topic and make the release.

Oh dang nice job Puzz, you got all the items and everything! I've posted the main thread now and thank god you figured out how to fix that boss, that's extremely helpful.

I'm looking forward to everyone playing it.

Yes, it took quite some time and exploration, since I've never seen all of those new areas and dungeons.

PS
Nice job with the statue puzzles. Good thing that at least someone doesn't hate those. That last one really requires brains.

PPS
In you other release thread. Click on the edit of the first post and update it into the Announcement.

It's been made an announcement

Yeah great (since this is actually what it is).

By the way, I'm sure you know it goes like this: standard topic < sticky < announcement < global announcement (this will display it in all topics "on top" lol).

Hey Puzzle,
Is the game fnished or and Xdelta or ips file for it
so i can look and test?

BITBURGER wrote:Hey Puzzle,
Is the game fnished or and Xdelta or ips file for it
so i can look and test?

Yes, just go to the other topic (global announcement) here:
https://www.zeldix.net/t848-oracle-of-secrets-demo-feedback-and-bug-reports
and download all the files using the link Moegami posted.

I've been working hard on a new dungeon lately, so this project isn't dead friends!

Cool. Nice to see you again moegami-san. Been a while.

Is this hack still going?

So... As the title states is this hack still going on? I can't find anything about it being finished...

brads2000 wrote:So... As the title states is this hack still going on? I can't find anything about it being finished...

moegami wrote:I've been working hard on a new dungeon lately, so this project isn't dead friends!

Im still working hard on this new fourth dungeon, and ill probably keep making dungeons after this but eventually I wanna tackle creating the other world for my hack.

In the meantime I dug up a few old screenshots. 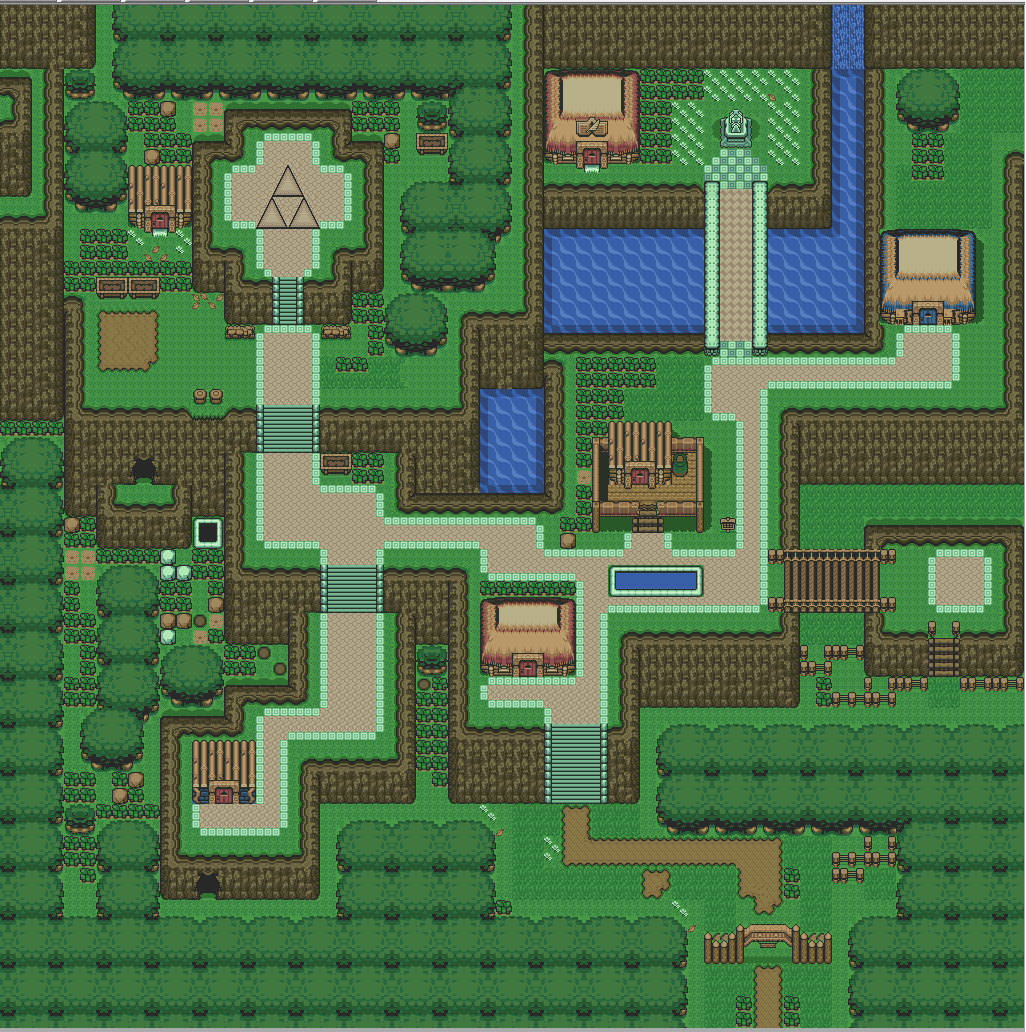 The original village map, my early days of map making... 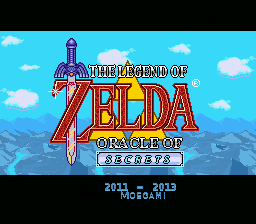 An old title screen I made before I fucked it up 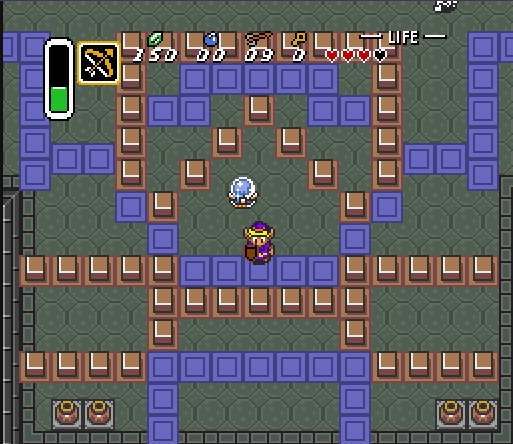 Oracle of Secrets before it was anything...

but one question
how great are the rom when it finisched?
before the 4 mb or above

i'll ask you this because i wil this inject to wad

i'll ask you this because i wil this inject to wad

All Alttp roms can by default be maximum 4MB, such is this game. It is the authors wish/choice if this will remain so, or if some other format is used to prevent unwanted data extratction or other abuse.

An old title screen I made before I f- it up

Nice title screen, why was it messed up anyway. Do note, that if you want it to display properly, you need to test it in Snes9x. New elements added with Hyrule Magic are not supported. You must always use one element, which originally existed, expand its size and start filling it with gfx. (Same problem happened in PW as might know).

Hey puzzle i have now recompiled the source to inject to wad
now is it up to maximum 4,0,96 MB i hef inject all the new super mario world hacks with this size to wad and it works great
the wads are as follows

1. banner / icon included
2. music when startup
3. the last all the wads are made with headered roms
on one of the some reasson when i inject wad without header
the wii don't not reconize the wad and gives me a failler back to repport strange but with header it works great man

Puzzledude wrote:
Nice title screen, why was it messed up anyway.

I went through a few title screens, but for some reason I wasn't satisfied with them and I ended up messing up the "Zelda" logo a bit and now it's just the ugly black screen you see in the demo. Eventually I'll get back to the title screen world though.

Re: Zelda3 Oracle of Secrets (Public)

How could you possibly skipped that. With the smileys and everithing. But it is true, the release was made in a separate topic as an "announcement" so that no one could miss it.

Also, all your 5 posts were about you demanding to download games, some of which were abandoned years ago, or were never released. Do note, that making such a game mod requires years and not all projects have download links for you to click on. Certain projects are "view the developement only", while the game is far from finished/unreleased. Rushing the author to release something (even if its beta) is a bad idea. Author might not release the beta at all until the final game-release, or might not finish the project at all, beta or otherwise.

Are you confused? It's actually the Oracle of Secrets Demo???

Three dungeons of fun and a world of secrets await you in Kalyxo! Experience the fun and also the madness that is Moegami's Amazing Zelda Fun Adventure!!!!

This is the general thread for all feedback, opinions, hatred, and most of all bug reports for the demo. I want everything from what you think of the dialogue, to the map design, dungeon layouts, and everything thats good and bad about it. I love feedback and either way my ego will be built.

I'm not exactly one for official thread stuff, but this is it! Enjoy!

Made the desert where the Goron Mineshaft Dungeon entrance will be located : )

As well as a new Big Chest Design

Nice to see some more progress. Keep up the good work.

Considering the Lyra Islands project was picked back up, I figured it was appropriate to probably not theme my dark world after its maps... I left the beach graphics but I'd rather leave that overworld to its own game.

So I decided to theme it after none other than the games this is playing homage to, Oracle of Ages and Seasons. 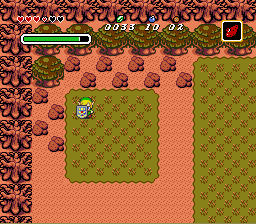 This isn't an actual confirmed location, just importing the graphics. The whole "dark world" of Tempora will be in this format more or less, besides some larger structures. 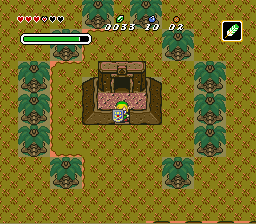