Always happy with those romhacking ''vacations''! 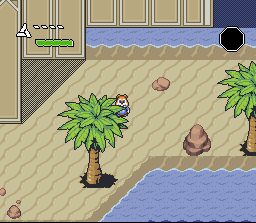 ^^Changed the desert trees to save some space because quite frankly the previous ones were way too big... 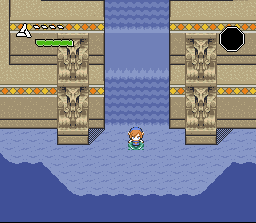 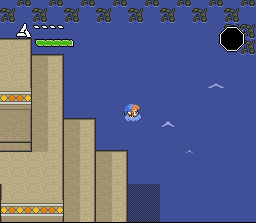 ^^...and had to re-use another area tileset to finish the sunken temple, because (again) I'm out of tiles. Feels finished enough, like much of the rest of the overworld anyway...which is why I'm now much focused on finishing my dungeons!

Seph whenever I see that Egyptian plant boss I think of this. See pic. 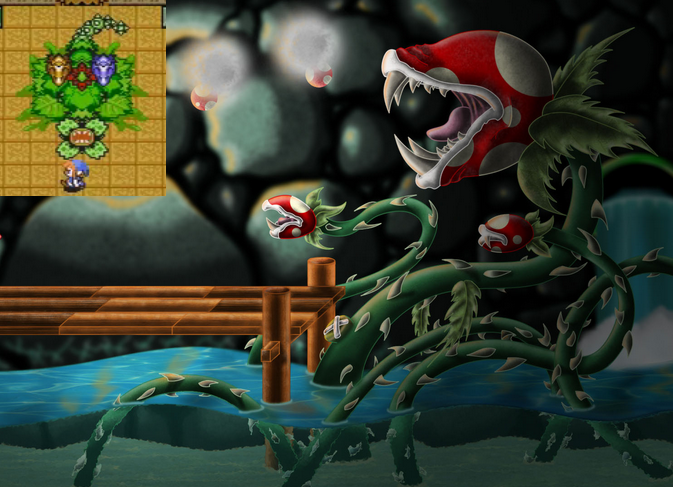 Anyway maybe the dragon heads can be turned into piranha plant heads.

Also the toilet ideas are funny as hell.

Or maybe they can stay as is!

^^The graphics came from that boss!

It's amazingly effective when you throw items in the toilet, it makes that nice water effect! 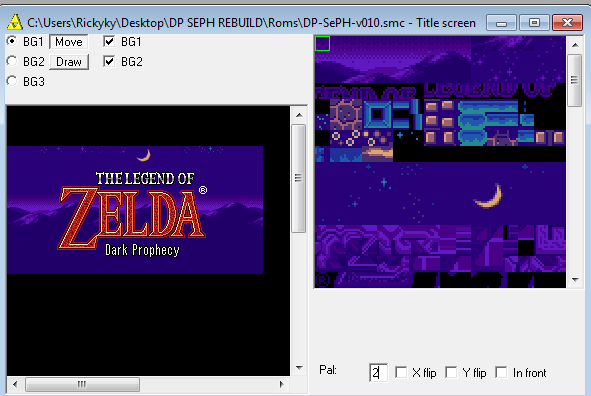 ^^Since nobody seemed interested in compiling this (the overworlds, titlescreen and dungeon being on different roms)...I gave it a try...After less than an hour I had a more of less title screen inserted on the graphics rom.

^^Will keep this as a side project and it won't hinder my overall progress in my game. I'm curious how far I'll go before I give up! Would be interesting still to make it far and then release it for others to finish it, I'm sure many people loves to finish my incomplete hacks! Althrough it's not my hack...but if I manage to compile dungeons and overworlds on one roms, maybe someone will pick it up and add a story to it. Who knows. I'm just tempted to see how far I'll go!

And after 34 hours without sleep...man I need to go to bed hahahaha, I'll re-invent the wheel pretty soon!

The toilet chuck is awesome

You only need to take care that he can only throw it into the toilet, dunno whether he can throw it aside it but if it can happen some barriers might help.

I also hope I didn't forget the gold scale monologue (and you just didn't insert it yet).

You only need to take care that he can only throw it into the toilet, dunno whether he can throw it aside it but if it can happen some barriers might help.

I also hope I didn't forget the gold scale monologue (and you just didn't insert it yet).

my exact same concerns - if gfx isn't an issue i would build a cubicle around it, so you stand in the doorway to throw things

You can't throw it next to the toilet because there is an invisible railing on the 1st layer! 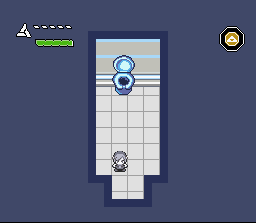 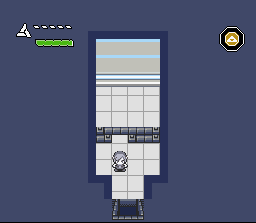 ^^Here are the two layers. The pond sprite is located right in that small gap.

^^Here's a really bad bug through. You are not supposed to move after throwing an item. Exit while doing so and you lose your item!

^ depending on the item upgrade you could prevent this.

For instance say its the boomerang item upgrade. You could force players to have pegs in a certain position that will allow you to access the pond however an order to get back outside they must have the red boomerang to hit a further peg switch to lower the pegs to allow them to exit the door.

Something along those lines. It would be complicated and clunky.

Basically force the player to use the upgraded item as the only way to exit the room that way they are trapped unless they upgrade the item.

but then you can always use the mirror to warp you back to the start or press start and select to end your game. So my real question is, how the freak did the original game fix this?

Euclid wrote:i don't remember being able to move during that part in the original lttp

Me neither. I thought it locked you in place.

Yep you were locked in for all the time you were talking to the big fairy, so it's a bug that had to be fixed! Thankfully Conn managed without all that extra hassle Erock!

^^Started linking that Triforce Shrine to both the courage (light side) and power (dark side) paths!

Wisdom path will remain inside only.

Can't wait to be done with that shrine and do something else!

Awesome idea, the use of the lifebelt. Only medaillons could break that trick, and I think only the fire, which you get first thereafter... clear me up: do frozen or quake transformed enemies open doors (do they count as defeated?)

Only suggestion is with that screen before with the dozens of monsters which cause slowdowns... less is sometimes more

You'll get both the fire medallion and the earthquake medallion after the lifebelt, so no issues here.

You'll get the ether medallion before entering the shrine (hitchhiker guide to the galaxy) but that one doesn't kill enemies, it transform them to ice.

The earthquake one transform them into monsters so it doesn't kill them.

Removed some enemies in that room you're referring. Only left the side canons!

^^Here! One path finished (aside the last exterior area which has some unfinished gfx) but since I'm focused on dungeons I'll finish it laterz!

Used cheats since I have neither the patience or time to do this legit and besides testing everything with 5 hearts is a pain sometimes!

Off to bed now! There will be two more days of romhacking ''vacation'' left after that. Hopefully the shrine will be finished before those two days so I can focus on other dungeons!!!!

^^Now it needs more courage to go through these rooms!

THE HALLS OF PAIN REDUX

It is again very painful!
Beware of invisible enemies and traps!

Will link the rest of the courage path rooms now...

This is looking pretty freaking crazy. I like the life belt idea of opening up the dungeon with that as the only way. Stuff like that is freaking cool.

Halls of Pain... hmmm sounds like something from parallel worlds. Again I would distance myself from that game and think of a new name.

It's hard to distance myself from that game when I was one of the authors! What about the Parallel Tower Ruins? Should I remove that too? Probably not. Will keep those as easter eggs, easy as that.

^^Courage path almost finished...ran out of space to add new chests, so I'll have to re-add them all one by one to finish my other rooms...add that blue lightsaber etc...

Ran out of space because sometimes I add chests in rooms and later move them to other rooms but the game keeps the chest definitions in the rooms, even if I remove the chest tile...so some rooms with no chests still thinks that there is still chests in them.

Has to be fixed manually in hex in this case. So....going to be a few hours before I can have space for the remaining chests to add! Easy task but rather long! But I knew this day would come someday, so no big deal.

*No secondary pointers, but Data directly at:
E96E (block is 1F8)

*Definition will only work with the chest object in the same room!

*Problems
Sometimes the definition is set, but no chest object is inserted. Insert chest in the rooms with chest definitions to solve this problem. 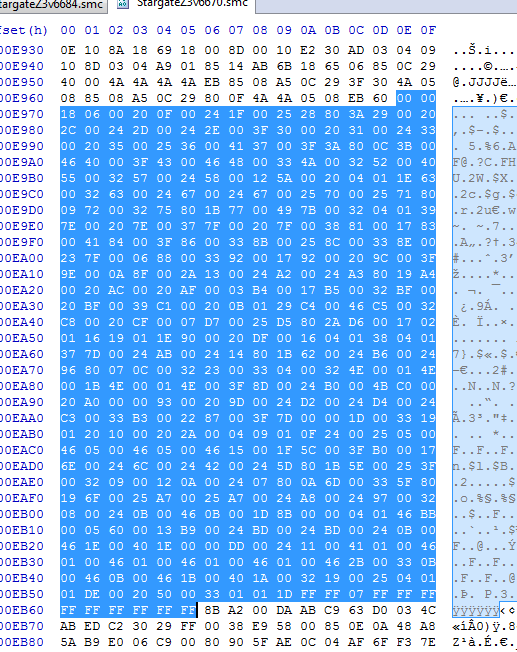 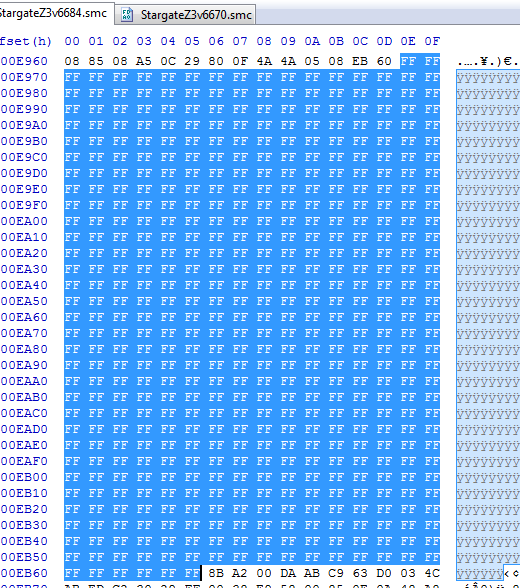 ...onto the longer part of adding them all one by one via HM! 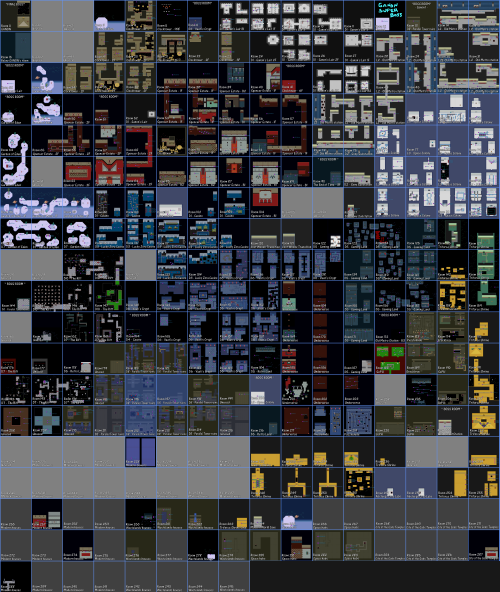 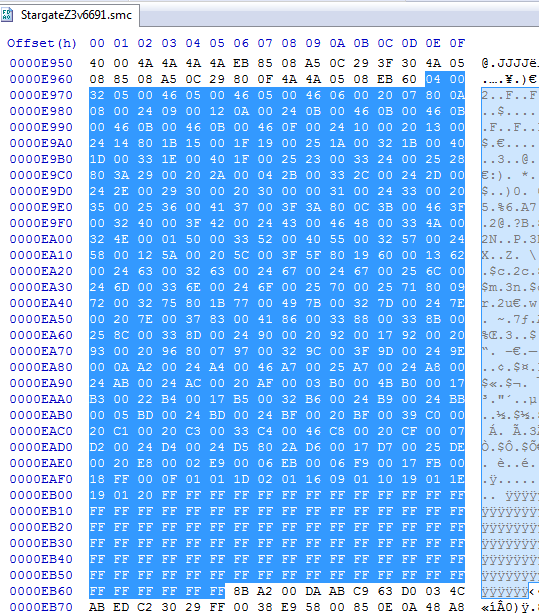 ^^Alright done! Wasn't too much tedious eh?! Now I have plenty of space for more chests!

33 more chests to be exact!

Fixed many rooms and bugs which were reported along the way...I have a bad habit of often leaving small tasks there and there. I only added chests in rooms I know which are final.

I also am now up to date on my game progression and know exactly what's left to be done...and quite frankly there's less then a month of work left with the dungeons, so plenty of time for remaining tasks such as the monologue, last asm tasks for euclid, adding monologue for my quest status in the hud, msu1, compass asm, overworld maps, title screen for conn etc... the list is still rather long but I think I'll manage to get everything done by the start of october with both dungeons and overworlds out of the way pretty soon.

...and almost forgot I have another planned ''romhacking'' vacation at the start of september!

...and a last one in november which will be dedicated to finalize everything reported in the final beta.

^^Won't record the whole path again, so just recorded where I was last in the other video!

So only one path remains, the wisdom path, and then the Triforce Shrine will be complete!