If you watch my video till the end (at the 40 min mark actually) I make a comment about how one of the biggest mistakes rom hackers make is to make the hack too hard.

Funny thing is, just the next day a new member posts online on the message board here and says the following.

Deivix wrote:Also, the enemies do more damage and have more HP (in my hack), because in my opinion, ALttP is too easy.

The only enemies I change are the castle soldiers, because I think this part is too easy with the default soldiers, so I think is a better idea put more difficult to this part

And this is exactly what I was talking about. People may play a game and think its too easy so then they want to make it harder, but really the easy difficulty is the way to go.

Its okay to make some parts of the game easy and many people don't understand this when they create games.

And this is exactly what I was talking about. People may play a game and think its too easy so then they want to make it harder, but really the easy difficulty is the way to go.

Some expert players actually despise easy games as much as some unexpert players despize difficult games. The real way to go is a "normal" quest (difficulty should be set to: can be beaten without save states by the majority of players) as well as the "master" quest (slightly increased difficulty).

Also even though you want to move on to other things in life after this game ( trust me I do too) just please still be excited about the game while you are still making it and don't give up.

this game means a lot to me, so dont let me down or give up on me. okay.

Erockbrox wrote:Also even though you want to move on to other things in life after this game ( trust me I do too) just please still be excited about the game while you are still making it and don't give up.

this game means a lot to me, so dont let me down or give up on me. okay.

A man is tired. A boy has no needs.

A minute, an hour, a month. Death is certain. The time is not.

If the day comes when you must find me again, just give that beta to any man from Zeldix and say these words to him: "Valar morghulis."

Everyone in the world is beautiful, so if you ever see someone who is a little down, be sure to send them a note to tell them what a wonderful person they are to cheer them up. Continue to send these messages until they no longer mean anything. Keep sending them to the person until you become a bigger problem than their real life issues. If you feel so bad about sending all these messages, send one to yourself as a pick-me-up. Continue to send them messages until it warrants a restraining order.

A man is still fine mentally, no worries to be made! 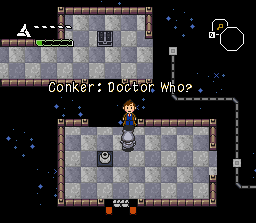 ''A long time ago twenty rings were forged
that had special magical properties.

Three Rings for the Elven-kings under the sky,
Seven for the Dwarf-lords in their halls of stone,
Nine for Mortal Men doomed to die,
One for the Dark Lord on his dark throne.

Each of the nine human rings you collect will give you
five more seconds to explore the dungeon.

Find them all and a special surprise you will get!''

^^Proof that a man is still working from time to time! 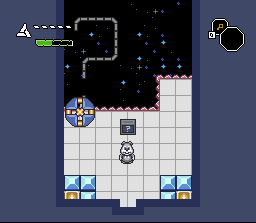 ^^Fixed palette and aligned the sign properly, now a man can rest and go to work...

A man should not be afraid of nintendo by taking down his youtube channel and all his threads and everything else.

also ive never watched any of the Dr. who shows.

Seph, even if Nintendo gave you a C & D and shut down this site, I and many others would still work with you on the game over email or chat or another private message board.

Nobody can stop you from making this.

Also if Nintendo gave me any crap at all about my hacking work I honestly would give them the big middle finger and say suck it.

You know why? Because I have purchased tons of Nintendo products over many years and I feel as if I have given them enough money to justify my hacking work. 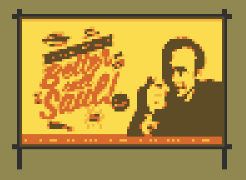 In legal trouble?
Having a drug or cheating problem?
Or is it incestuous love perhaps?
I can make those problems disappear!

I think humorous stuff like this will go down in history!

Erock will be the new hero of a generation,
I'll be the asshole of a whole new world
and Euclid will be left in peace!

edit:Sorry about the austin powers theme in the background, didn't know my video cam recorder also recorded music I listen on youtube...now you all know about my weird musical tastes lol! 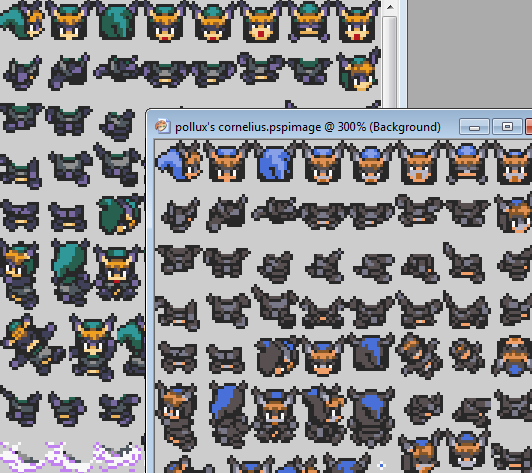 ^^Started adapting that sprite as well to give it a part in the hack. Lost count to just how many different players you'll play as, but with so many universes to work in, it's fair to say there's going to have much diversity! But will go to sleep now...two hours and fifteen minutes left of sleep lol

Was much impressed by it and gave it a positive review here:

And got a pm from pollux as well

Pretty good sprite hack considering this is his first rom hacking work ever!

email from RHDN wrote:You have just been sent a personal message by pollux on Romhacking.net.

IMPORTANT: Remember, this is just a notification. Please do not reply to this email.

The message they sent you was:

Oh, wow! Feel free to use my hack however you'd like, this project of yours sounds pretty rad. Definitely down for helping with beta testing too.

^^ Here ya go Erock, one more beta tester from this outside community. I've sent a bunch of other invites too, just to be sure this gets played by as much random people as possible.

Estimating to start by the end of september and start of october.

I'm in vacation in exactly three weeks, first week of july, got another one at the start of september and a final one at the start of november...although they are more like rom hacking vacations, because I won't travel this year, too much debts, and I want to really finish it this year...So I'll travel next year instead, when I'm retired! :-P

I actually like the austin powers music and wouldnt mind if i heard it in the game at some point.

I also think the 4th wall dialog text will be funny as well.

^^ Here ya go Erock, one more beta tester from this outside community. I've sent a bunch of other invites too, just to be sure this gets played by as much random people as possible.

Currently doing the readme along credits...did I forgot anything or anyone?

By the way, you can get rid of certain tunes made by me if you'd like. The rift theme can be replaced with the Mario 64 castle theme, Also the time limit's area theme is a bit annoying as i didn't expect a monologue to be there. You can replace the credits theme with the original "explicit song"

You can fill in the missing themes with whatever, not all the songs need to be made by me. Use what fits so don't be afraid to nuke some of my songs that are lazy and don't fit.

Just switch Euclid and me at the assembly hacks; under the line Euclid did more than me (I could never hack something so sophisticated as the dungeon maps, I guess), and my hacks are credit free anyways (I'm enough credited for 5 lifetimes

Conn wrote:Just switch Euclid and me at the assembly hacks; under the line Euclid did more than me (I could never hack something so sophisticated as the dungeon maps, I guess), and my hacks are credit free anyways (I'm enough credited for 5 lifetimes

Mr.x? Need that for AST msu credits, but this surely has time.

Yes it is. You can use that for AST and change the credits for Mr.x as well.

Alright Mr.x sounds good. I'll fill in the missing songs with other songs in my previous pack!

Ok Conn I don't mind. I actually added the credits like that in the readme because it made a small triforce of names lol

I hope I can at least find someone to loop the msu-1 music tracks once the time comes for that, with colines and you Trovsky being busy with the bszelda project.

^^will you finish that too this year Conn?

Changing bszelda is hard since the code is actually finished. also there might be no place for your full real name. If this is a heartwish of yours however, I'll change it to mr.x

Ast also has place problems but I see what I can do. Were your first choice being credited with your full name? Second choice were mr.x?

This project is a nightmare sometime. We're stuck since 2 months already due to a misunderstanding from colines I think. Bszelda took one year already, but I think trovsky is more straightforward, so here's hope

Best of luck finishing it in that case!

Myself I was stuck in development hell ever since I had no more monologue space, but with Euclid's recent developments, I'm more than fulfill and will definately release this one hell of an hell, this very year.. the initial 1.0 release at least ;-)

@ Erock, I actually have a request for you when you get hold of your spriter.

To change the LTTP soldier sprites into Tediz which are the main enemies in Conker's Bad Fur Day! He may use these sprites as reference for the colors, so long as he's using 7 colors maximum: