I think this doesn't need much explaining

Honestly, this hack is amazing. Everyone who worked on this at any point in time should be proud of the end result and you Seph should be very proud of yourself for holding all of this together all these years and not giving up. You were a ROM hacking hero before this was released and Conker's High Rule Tail only reinforces that legacy. I salute you.

PS: I will be writing a review of this hack in the coming weeks or months and I can assure that it will be much more positive than my review for PW.

In my opinion, this is the BEST hack EVER MADE. I already collected 7/9 rings, and all i have to say is, VERY WELL DONE! This hack can't get any better then what it already is. Never thought i would actually get hooked on this game, considering the fact i have NO IDEA what conker even is.

This is my first Zelda 3 ROM hack I've played, saw Patty on one of later bosses and figured I'd give it a try. Zelda 3 was one of the first games I played & completed as a kid and I have a handful of runs under belt but I wouldn't consider myself even close to an expert.

I'm in love with this game though. I have only just finished dungeon 5 on hardmode and I gotta say, this game captures whats great about the base game. Clever puzzles and introduction of new mechanics in a way that is easy to grasp. I love that its not just here's a mechanic and its only used in 1 way or never again, they sneak back in and made me feel clever when you see it or go "I'm an idiot" when you miss it.

The difficulty and design is good though, I've only gotten stuck a couple of times for silly reasons but was able to work my way through it. I've never felt so far that a puzzle or dungeon has been unfair (I'm looking at u LaMulana). I'm looking forward to finishing, just wanted to let you know how amazingly done this ROM hack is, 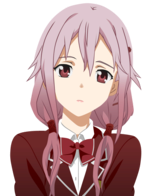 I've been following this project for what feels like ages and all I can say is it was well worth the wait. It's everything I've wanted in a Zelda game for a long time.