I'll edit this with patch/PCM links in the future, nothing to show at the moment.

This project has been passed on to Cubear, please see the new development thread for more information. Thank you. 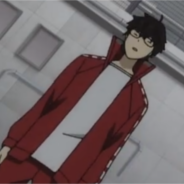 ASM is still in the early stages. I think I've found a place I can hook, still need to do more debugging to stop SPC music and avoid breaking sound effects. This is also the first HiROM game I've hacked on, so that's been a learning curve as well.

I'm not in any rush to finish the patch since I don't think it's possible to make a complete PCM pack right now. There's a small official arranged album release, and some tracks could probably be cobbled together from other official releases. But I don't think anyone in the community has done a full PCM pack for this OST yet.

I'm sure several edge cases and bugs will come up as I tackle more things (fading MSU audio, etc.), but I'm hoping to get a basic beta patch released before too long with at least the base music replacement working.

Ooh, good pick. I haven't done anything fancy like fades in/out yet but i suppose at some point I'll add them into DQ3 as that game's system actually uses a lot of them on the SPC music.

Hi! I'm new to the forum but I made this account because I wanted to see if someone thought of making a FE4 msu-1 patch. It's cool to see that some work is being done!

I don't have any experience with hacking but if finding a high quality version of the soundtrack is an issue, I just found this reorchestration of the entire soundtrack on Youtube (it's amazing):

Idk if it's any help but we could always ask the creator if they'd be ok with someone making a pcm library with their music. I would be down to learn how to make a pcm library if it helps.

That reorchestration is really cool, thanks for pointing it out! It should be ideal for making a PCM pack, unless there are issues with finding loop points for some tracks or something. I'll definitely be downloading it and using it for testing

If the creator's okay with it, it would make a great PCM pack to link with the 1.0 release of this patch too, once it's finished.