Tools I Use:
notepad++
bsnes plus
asar

In this example I will be using U.N. Squadron by PepilloPev.

In my working folder I have the U.N. Squadron rom, the Area88 rom (Japan region) and the .asm source code of PepilloPev's patch.

Don't patch the ROM with MSU1. It should not be necessary at this point.
now, open the .asm file and look at the hooks section.

This patch is nice enough to give us the answer right here, and we are lucky to have only one hook.

Open the original patch target rom in BSNES (in this case, U.N Squadron)
open the BSNES debugger, in the tools menu.
using the debugger, pause the emulation and click "step" so that the code starts to show up.
Right click on the code and say "Jump to Address" and enter the address of the hook. in this case, 8360. 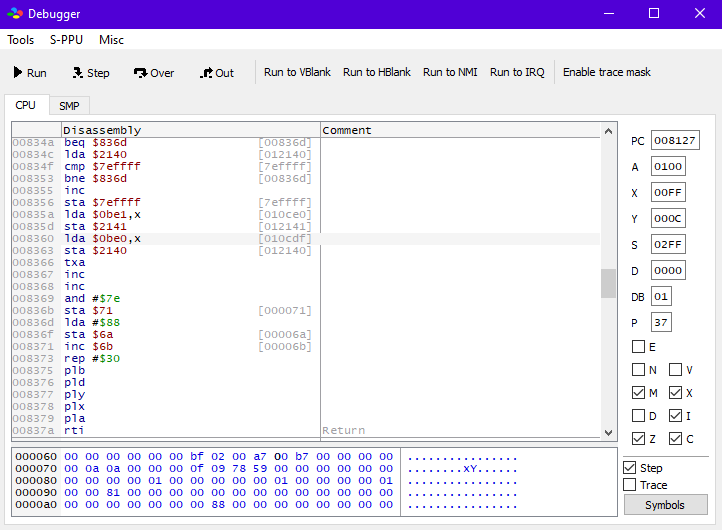 Now, in the debugger's tools menu, open the memory editor and enter our hook address.

This gives us the code in hexadecimal, how it is represented in the rom.
eg, BD E0 0B = lda 0B E0,x.  They are the same thing to the SNES' CPU.
You don't need to understand what the code means to do this, though.

Now, we can open our new target rom, open the debugger, pause emulation, and open the memory editor again.

hit Ctrl + F to open the search function of the memory editor, and let's search for bde00b8d4021
This equates to the entire hook.

So now let's check out this address by jumping to it in the debugger. 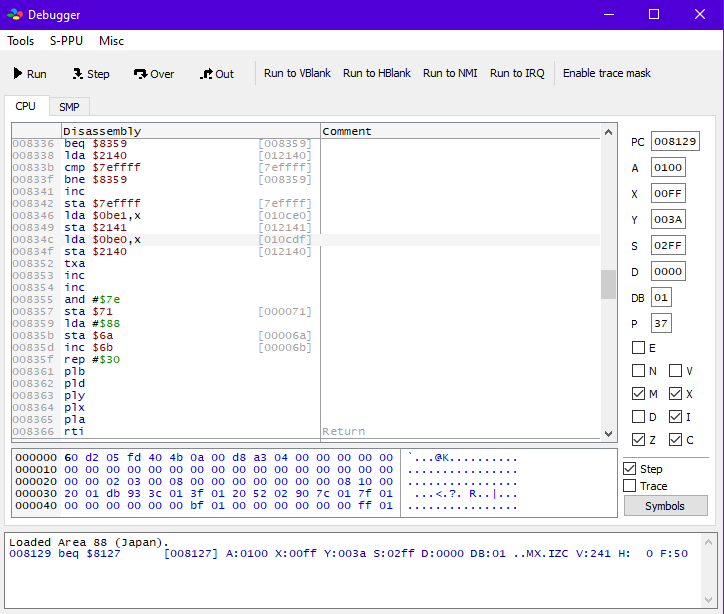 This code area matches the one we found in the original target rom, so it is 99.9999% likely to be the new address for the hook.  It being very close in address pushes me to think 100%

Update the hook address in the .asm source code now.

Before you are finished, you need to also confirm that the free space the original MSU1 code is targeted for is still free in your target ROM.

The original code targeted free space at 8dfd40 so let's look there in our new ROM using the memory editor. 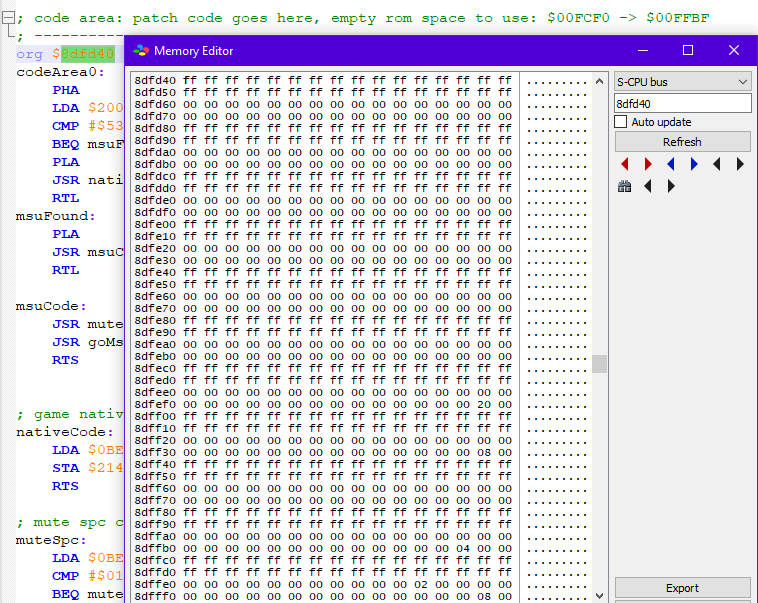 free space can look different depending on the ROM. it can be a repeated string of text, alternating 00 and FF like this, all FF, all 00..  however this does look like free space, or close enough, so we don't need to change that value in our patch.

there's one more thing to check. this patch also has a table with its own address, like so

and if we look in 8dffe0 though 8dffff, we can see that there is some data in there. if it is important or not, we do not know, so let's move it to be a little earlier in the ROM's free space, to 8dffc0.

This will break the patch. that's normal. we now need to update everywhere in the source code that says "8dffe0" to our new address of "8dffc0" to fix the patch again. (I normally use a find -> replace for this)

Now that we've done all this, save the code and apply it to your new ROM.

I run asar since it is compatible with xkas, and patch the new rom (which I have already named to the intended patch name (this saves you from needing to rename all the PCM files)

Give your converted patch a good test run to confirm that it's working. Then you can generate some patches using flips (floating ips) and post it for others to enjoy

Re: Guide to convert region/version of MSU1 patches.

That's a nice tutorial, I add only how I do it (usually without the need of a debugger). I use a hex comparison program: 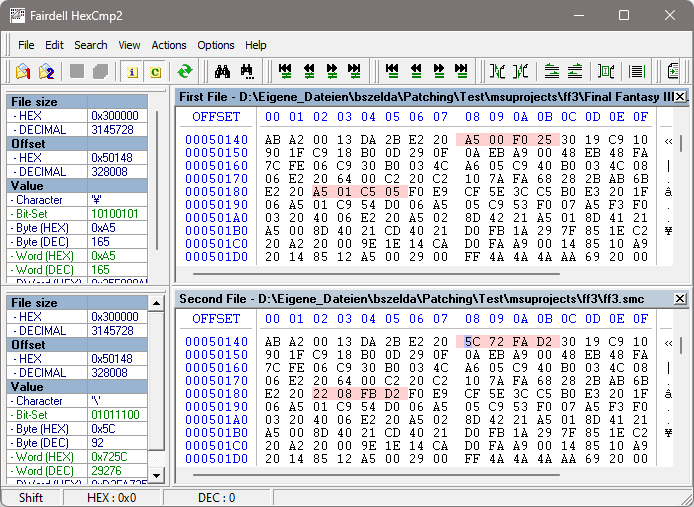 The first is the original and the lower the patched rom.
1. I look for the differences (marked red)
2. I open the different language rom to port the patch to in an hex editor and search for the corresponding bytes there...
(in above ff3 example a5 00 f0 25, a5 01 c5 c5)
3. I change the addresses in the asm or directly the rom to the new ones

It's the same technique you use, but it doesn't need a debugger usually

Similar topics
» MSU1 Region Compatibility
» Game Boy MSU1 Patches
» MSU1 Getting Started Guide
» I need someone to convert some cpu addresses for me :P
» Can someone convert 2 tracks for me?