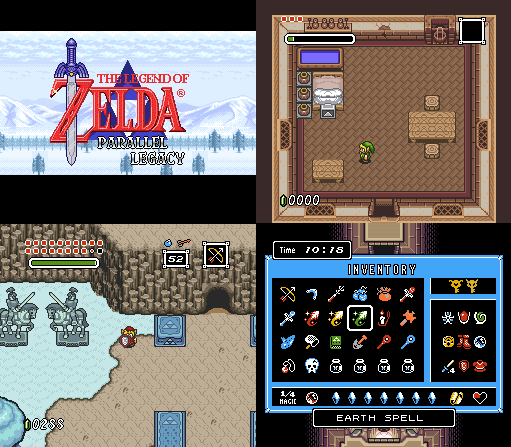 Parallel Legacy was an idea to merge the great overworlds of Parallel Worlds hack (which was lacking in dungeons) with the great dungeons of Hylian Legacy hack (which was lacking in overworlds). Sophisticated hex structure was made to be able to edit the PW rom directly in hex and bring the dungeon code from other easy editable roms into this rom. But the project never made it past making all the gfx and a new Menu and Hud. Irronically the author made a similar attempt with PW remake when he was lacking knowledge but had the time, thus the project of remaking PW failed as the end result. Now he had all the knowledge, but unfortunately no time.