This patch now includes bsnes/snes9x/sd2snes compatibility. The sd2snes 'buzz' issue has been resolved ( thanks Kurrono for your patience in testing multiple roms ). Hopefully, all will be well with this final patch.

Conn wrote:I have my routines to have it work like this Stz $2006 and nmi hook, and go well with it so far...

Oh yes, there is no denial on that.

But seeing previously behavior the MSU-1 demonstrated (both on emulators and SD2SNES), that still opens possibility for a small inconsistency in the code, due to some factor caused by the game/sd2snes itself which we do not aknowledge it yet, or by accidental mistake in the logic put to delegate the SPC calls to the MSU-1 that fails to handle some other random factor.

Nevertheless, you counteracted it by clearing $2006 before $2004-2005, it works wonderfully so no reason to get further into it, but we still don't know the root cause for the issue, and that might raise individual solutions for each game instead of a universal one, even though there seems to be a pattern to fix it, but STZ'ing $2006 might not work for all games.

Don't feel obligated to work on the issue, though. You have been doing a great job so far, assuring the games work on real hardware, we couldn't ask for more.

Conn's MSU1  approach with regards to Sd2Snes holds true in this case with SAI.

After some heavy brainstorming, I discovered that it was my own code that corrupted the loop value needed for $2007. It is fixed now and Kurrono has confirmed the buzz is gone.

Now, it is up to Kurrono to find the perfect mute value for $2140. The one I use for Bsnes/Snes9x does not play nice with Sd2Snes. Unfortunately, I do not have a Sd2Snes to test myself. If all else fails, I may need Conn's assistance in finding an alternate mute method for sd2snes.

That still makes Conn's approach a palliative solution. Doesn't really matter in the end. It works, it's all that matters.

However, this discrepancy (no need to STZ $2006 for me, Darkshock and qwertymodo) should be further investigated, it might reveal a bug in ikari's MSU-1 implementation or even on higan (unlikely, but still)

Hope kurrono can find the value needed for muting, only that so the patch is complete and playable on real hardware

Colines wrote:We had figured this out a long time ago, but it was eventually forgotten

I really need to take the time and write a new updated MSU-1 article to expand on the helmet.kafuka.org one to actually document this kind of stuff we went to the trouble of figuring out, and then forgot

If you need the hardcore apu mute let me know. I needed it for dkc, dkc3 and secret of evermore until now).
Btw, is apu tracing (needed for this method) and show hex-> ram and manipulate ram then possible in bsnes debugger?

Yes, you can even breakpoint and single step the APU as well. I'm not at my PC, but for the memory viewer and breakpoint editor there's a drop down box that defaults to CPU bus that you can change to APU, and in the main debugger window there's a checkbox to step APU (might be DSP or SMP instead of APU, I don't remember exactly).

Edit: It's S-SMP in all cases. In the debugger window you can both step S-SMP and trace S-SMP, and in the breakpoint and memory windows you can set it to S-SMP bus.

Thanks a lot, qwerty

I'll check that out.

Is there a way to view hex, ram as in Geiger, this would be e.g. handy to map the dkc3 themes...

You'd have to show me a screenshot of what you're wanting, I haven't used Geiger's in years. But I think what you're looking for is Tools>Debugger>Tools (on the Debugger window)>Memory Editor. Or did you want a disassembly viewer? That's one thing that probably needs some work.

Kurrono PCM set is down. 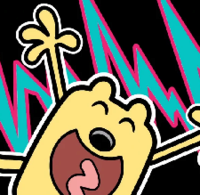 I noticed that the patch and PCM naming scheme are slightly different. The patch uses "sai-msu1" and the PCMs use "sai_msu1". Just rename the patched ROM and the MSU file to "sai_msu1" and it should work.