Patch v8 (by Conn): Added fades and corrected the staff roll to have its own track. Merged music change patches (heavy damage and 30 second time triggers).

Ok, I managed to find a non-hard mute, Round ONE is now said.
Re-download patch (v3) from first post.

That mute is pwrfect not like the other one..some names like Ryoko or Samchay were mute hehe

Hey Conn still planning on ur retiring
.. im still soin games but ..slowly...not like before

I updated to v4
Re-download patch (v4) from first post.

Reason is that the music didn't mute on draw, hope this is the last version...

As long you develope patches, it's hard for me to retire

Still the same bugs for me with the latest patch. The random move sound effect on Jean's stage. Whichever fighter you choose it says one of their abilities instead of "1" or "2" or whatever round it is. And as Kurrono mentioned above, Ryoko and Samchay's names are missing. It plays another sound effect instead.

This is probably just the game and not the code, not sure, but if you finish the round with a normal hit then the music stops straight away. If you finish using a throw or a command throw then the music keeps going for a few more seconds.

Revision 1 is the base ROM? 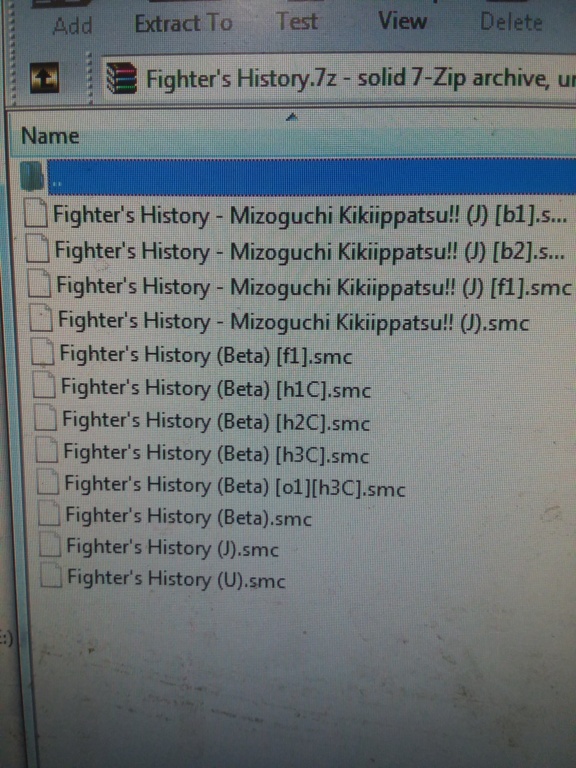 Dont know my rom is... but when. Saying round one is not doin that bug..not o. My rom

.smc are usually headered ROMs. I don't have any of those. I'll find one and get back to you.

You guys usually use non-headered, that's probably the problem.

Oh wow... yea it dont say one..mines does.. i,bet is the ips
.deleted .. a d patch it witn,asar or xkas.. or put new ips not replcaing the old one
. Delete it 1st..ul lget the results i want

You need to patch a fresh rom with v4, so that the old mute doesn't have effect

Come on, Conn. I know these things. You know I never have problems with this kind of stuff.

It's not working for me, for whatever reason. Even the vanilla ROM Kurrono sent me, that he used and works for him, doesn't work for me with the v4 patch posted here.

The other thing is as well... Which ROM? There's a Rev 1 in the No-Intro set, but no Rev 0, so to speak. But again, the ROM K sent me doesn't have a revision suffix and I get the same results anyway.

@Kurrono What is the CRC of the patched ROM? Just curious.

Ok, if the Rom is freshly patched and you don't load a savestate there's only one possibilitiy, that an old Rom image is somehow loaded. If you like try the following: rename everything to a different name, like fh_msu11, all pcm, msu and such. sounds strange, but I really had those issues before.
The new patch really shouldn't have the issues anymore you experience...

I mailed a bit with Relikk and the messed up Round ONE still occurs... but on a random level. It seems like witchcraft. Sometimes it doesn't, then you reboot and now you have it messed.

I tried a lot to fix, different mute commands and so on. I was not able to even find the trigger (seems to be related whether you go into a submenu, select hard or such stuff).
Anyways, this appears to be a weird apu code thing, which is beyond my skills to fix. Luckily most other sfx are correct... so we can (must) live with it.

Can we put up a pcm link again if possible? If a game is in the database it should have all links working...

Added your set, Relikk, thank you

Nice ...his set its better.. i guess if continie with msu1 ..im,not making no more pcms ill go hacking only

Relikk had the small request to make the music acceleration at 30% health (70% damage) alike in SF2 heavy damage.

v6: according to Relikk's expertise the theme acceleration should start with health points 70 (not 4d as in v5), so I edited the patch accordingly.

You're welcome, also much thanks for your set and playtesting

I already told this in the mail, but I want to know it to the public: I am not able to fix the random appearing sound distortions. As it can be seen in Relikk's video, sometimes it says instead of "Round ONE" "Round... whatever". If you detect this bug, try rebooting until it works and says correctly "Round ONE" - then the complete play is distortions free.
But the distortions are not that hard anyways (just a few, most work).
Also it seems like the first time booting, everything is fine. It happens mostly on resetting. If reloading the cartidge does not help try loading another rom between and then boot the game again.
I think this is a emulator/OS bug, like cache isn't cleared and it has wrong apu stuff somewhere... or whatever.

Bugs are fixed with v7.

Ok, with some immense effort and time I was able to crack this bug using apu coding.
v7 (redownload from first post) does not have this random bug anymore (Relikk successfully tested, also other side-effects were not present)

Only minor thing, Relikk also noticed is that, when you run demo and it gets to feiling-Jean demo fight, there is no music. This uses (for unknown reasons) track -153.
Kurrono (and Relikk), you can simply copy/paste/rename the according track to have the pcm set completed. Let me know if your pcm sets or link have changed - if you require new links for first post let me know as well. So this game finally is (Fighter) History.

Edit:
Relikk's new link (first post link is updated as well):
https://1drv.ms/u/s!Ahue7izQZmouwW65oEoYe35W6O1z
K, let me know in case anything changes on your set as well (it's minor).