Sadly I have no capture card, I only have an iPhone and the audio quality for recording via the built-in microphone is pretty crappy. I could definitely replicate the problem by recording BSNES and then adding the SPC in during editing.

I have no problems with the game selection menu, by the way. There's no SPC playing in the background on my SD2SNES, from what I can tell. I wasn't really keeping an ear out for it, but I'm sure it'd be noticeable.

Hm, I guess it will start where the regular spc starts anyways. Bit I have too many contradicting info:
One says it plays after demo, one before, the other at gameselct.
In average, everything is fine

Conn wrote:Hm, I guess it will start where the regular spc starts anyways.

I haven't been anywhere near my SNES since you posted your last patch, but I'll be home in a few hours. I'll try and gather as much information for you as I can.

Alright, I found a possible bug source, with a ~high~ chance the culprit is discovered

I'm new here but I follow the MSU1 treads without posting for months and I would like to notify a strange little issue on the last version on SD2SNES.
I confirm (as Relikk said) that the double sound disappear (I had the same problem until the last revision), but I notice a flash screen just before the game selection screen appear. It only long for several frames (less than five, hard to tell precisely because it's on TV). You will find two screens of what is flashing (pictures made using a video I have recorded using my phone, sorry for the bad quality). 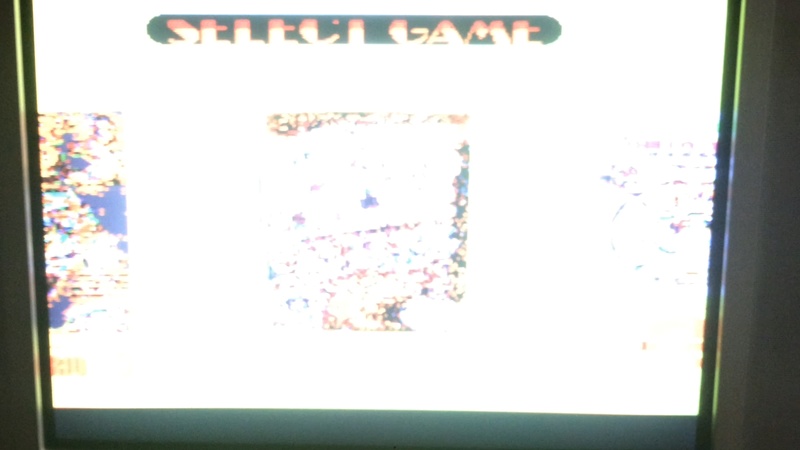 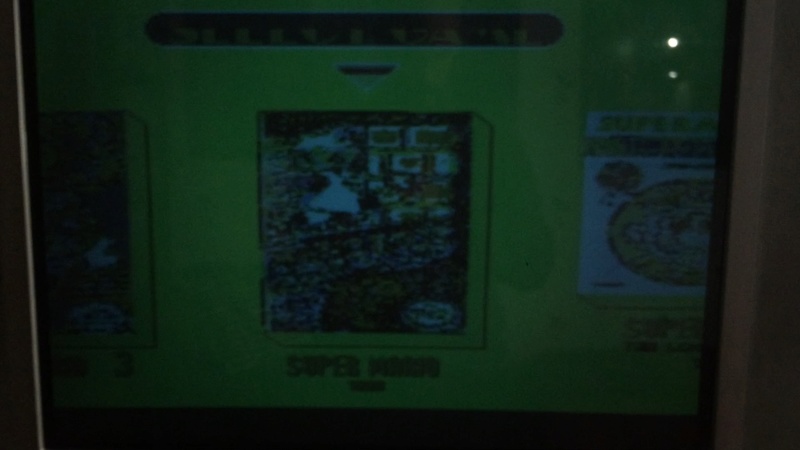 I will post for other games things I have noticed (only SD2SNES issues).

Thanks for all the work done here!!!

Guess I have no idea... I'll re-check when I'm home. Did it appear also before the new version, does it only appear at this spot (game select), do other also have this flashing, relikk?
I have little hope to be able to fix it.

Thanks for your reply Conn, can you please provide me the previous version (unfortunately I haven't it any more) to allow me to test it (I haven't notice it with the first version but it's so quick that it's possible that I didn't pay attention). It occurs only at this spot (between the black fade out and the fade in before the game selection screen).

However, I will not be able to test it before tomorrow, I get back to you asap; thanks.

Conn wrote:Guess I have no idea... I'll re-check when I'm home. Did it appear also before the new version, does it only appear at this spot (game select), do other also have this flashing, relikk?
I have little hope to be able to fix it.

I don't have that problem. What you see from title screen to game select screen in the video that I posted earlier with the previous patch, is exactly the same with the fixed patch.

I neither have the old patch

Ah well if it's fast and relikk doesn't have the problem... and I can't do anything anyways I guess I drop it for now. I hope kurrono, colines or whoever with a sd2snes can check nevertheless. If it occurs for more people, so that I can exclude its a local problem with your sd2snes I will dig deeper...

Is the patch completely incompatible with a headered ROM? Alex also seems to be having trouble with SimCity and that works perfectly for me, too.

Only thing I can think of. Or maybe just using bad ROM dumps in general, or a defective SD2SNES.

I still have the old patch the one thats messup after the demo is played..

The patch won't work with headered rom at all... k, yes please update your patch to the.latest version prior to testing

Here is a link for a short video I have made for the record (and for comparison if someone spot something later). Also those five seconds will be more relevant than my explanation (like the pictures already made, sorry for the quality but my only way to capture it is using my phone).

Thanks, I really think this is a problem with your sd2snes, but I see if further people report this problem.
I also checked my code, and nothing is executed at that point, so even if it was the fault of my code, I cannot fix it I guess.

Just curious, is any of this code executed during NMI? I recently had to revisit my Link to the Past code because the entire main MSU-1 routine is called during NMI, and it turns out putting a busy loop (the audio busy/track missing check) inside NMI is a bad idea

It makes no difference in emulators where the audio is immediately available, but it creates a weird flash on the SD2SNES when the track change coincides with a fade in or fade out screen transition.

Almost all my codes set a msu busy flag called in the nmi routine to prevent flickering in sd2snes. But it is never stuck there.

Usual code is
loop:
Bit $2000
bvs loop
so you stuck in the loop until the track is ready.

When I do a check in the nmi routine, I make it

Since the nmi is called 60 times a second you can do this check with a free ram busy flag, but never stay in the nmi routine with a loop.

With the flash, yes it could happen if you use a wrong nmi hook, several registers are cleared. You should do this hook later in nmi.
But I do not think it is related to the problem alex reported, since no track change is introduced during this black screen.

Just to let you know Conn, I tested Super Mario All Stars on my various Super Famicom and the problem never occur a single time (I have tested it on each consoles three times).
I don't know if it's relevant but I think it my might be a problem with PAL consoles or SD2SNES with PAL consoles (I think the same for Sim City).

Ah, all patches are usually made for the US roms, means NTSC. I do not know how sd2snes on PAL handles NTSC games.

Anyway... you are the only person having these issues with SM Allstars and Sim City, so it is not a software problem with our hacks. I'd suggest you try more hardware related forums, or maybe try to contact Ikari directly... I'm afraid we cannot help you further.

My guess is that SD2SNES with SuperCIC enable on PAL console works by delivering a PAL signal* even with NTSC ROM, but I'm not sure about that and you're right it can be a hardware problem. I will try to contact Ikari directly about that later on.

Because of I own various consoles (and because playing on a Super Famicom solve the "maybe PAL issue"), it's not a real problem for me, I share it in the case of someone else meet the same thing.

Thanks for your help and your time Conn!

* I said that because, for instance, when I launch the Chrono Trigger NTSC WIP MSU-1 game with the PSOne video; audio and video are not synchronise and it's because the video plays at 50hz instead of the intended 60hz (but it could also be a NTSC signal playing at 50hz).