Hello all. I'm new to rom hacks and have loved what other people have been able to create. I've played around with Hyrule Magic, but creating a hack seems like quite an endeavor that I'm not sure I want to tackle yet (respect for those who have created as well as those who have attempted to create one). I do have an idea I wanted to share, since others could incorporate it. This idea is an effort to create longer replay value, which I know is hard to do (randomizer is fantastic in this regard. I have enjoyed the harder/different bosses).

First, create a situation where the player's choice lead to one of two items. This choice effects what dungeon the player can proceed to and what secrets they would have access to. To accomplish this, first have a room that the player can only have one key available to them with the inability to access any more. The player will come to two doors that will lead to two different items. Either item will help the player reach the boss (or have two different bosses with the player having access to only one and have the item that was chosen have a role in the fight). This is done in each dungeon (save for Ganon's tower). 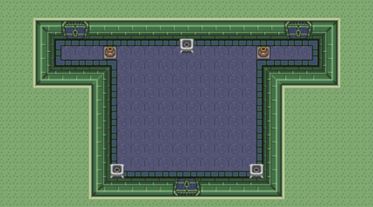 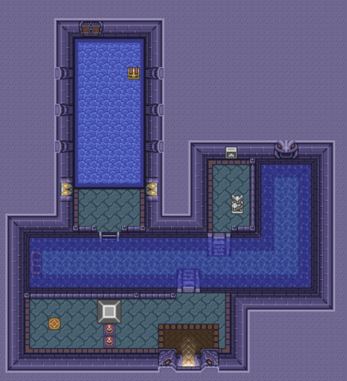 In the dark world (later dungeons in general), the combination of items would allow access into different dungeons (example: lamp and glove (or new item...cape) advances for one dungeon, while flippers and fire rod advances (or new item...hook shot) for dungeon 2, hammer plus glove (new item...) for dungeon 3, hook shot and cape for dungeon 6, etc.) Later chests (possibly overworld secret locations) would allow players to get items they passed up by using alternate items (a later chest gets the flippers, if the player already has the flippers, then the player gets the alternate (a glove)). If the alternate item couldn't work like that, then the game would have to be mapped out to allow a range of items for completion.

I think this approach could be tricky to map out, but may have good replay value. It could also allow for variation of difficulty (player with hammer and fire rod is powerful, but maybe has less access to heart pieces, while the boomerang + lamp player gets more hearts and an extra bottle).

I like this idea, something akin to the "choose your own adventure" stories and books. Boy howdy, though, it's going to be a huge undertaking. I'd say step one is outline the different paths/what unlocks what: dungeon 1 they can get the hammer or the boomerang. If they get the hammer, then they can get to dungeon 3, which will let them choose the fire rod or Ether medallion. If they took the boomerang in dungeon 1, they can get into dungeon 2, where they can choose the flippers or flute. And so on. And at some point, the player would either have to be able to either choose the second item in previous dungeons, or have access to the items later on (like the lantern is in a couple of chests in the original, but if you have the lantern, you get rupees instead). Once you have the dungeon order/items worked out, then you have the overworlds to map out/what can the player get there/how to block access to dungeons and so on. Then you've got the question of mapping out the dungeons as far as keys, limiting access to places if they don't have the right item and so on. And then, after all that, then you get the fun of actually creating the hack/trying to get the game to do what you want. I think this could be really impressive and an interesting way to breathe new life into the game, but it's going to take a lot of planning and work to make it happen. Good luck.