A Link to the Past - Zero hit challenge

A Link to the Past - Zero hit challenge 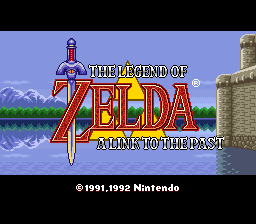 It has become increasingly popular that players attempt the Zero hit challenges for many games. Thus this mod makes it so that Link is defeated with one hit from anything. Additionally you are also instantly dead if you fall down a hurting pit. You are also not revived if you have fairies in the bottle. It is an interesting challenge and was beta tested to be possible... using save states. But zero deaths and thus zero hits should be possible without save states as well.

The additional challenge is to adopt the game to have no Cape, Byrna and Net, only 2 bottles (instead of 4) and no sword beams. Indeed the biggest problem in both runs is the Mothula fight, but it can be done. Beta testing again used save states. Beating Mothula with no save states is very challenging. Beating both games with no save states and on zero hits (which with this mod is the same as zero deaths) is a big challenge but at least doable in theory. Save and Quit still counts as one death/hit as this is how the original game has it.

A Link to the Past - Zero hit challenge :: Comments

Re: A Link to the Past - Zero hit challenge

Puzzledude wrote:
It has become increasingly popular that players attempt the Zero hit challenges for many games.

Yes..Unfortunately many players don´t take seriously their own health

They just try and try again..
it´s way too easy to ignore the warning signs of own body,forgetting to eat,time outside game disappears.
I don´t say this is a bad hack..Part of me is tempted to play..
But I know I would have to try without savestates.
But I learned my hard lesson in 2018 when certain site implemented achievements of this type at older games..And I did not want to"suck"..
It ended up by me having heart attack..And there was no one calling ambulance.
According to cardiologist it was embolism in my heart and a miracle to be alive.
I had to admit myself that I have a gaming dissorder which had given me other symptoms earlier..Which I ignored..As do many people these days..
I mean no disrespect..I know that the last thing you want is possible harm to the player and mostly want to build good challenges.
But if saving is failing too..The amount of restarts from beginning..
Impossible for me..

Re: A Link to the Past - Zero hit challenge

If you can not complete the challenge, you need to learn to either quit or to use save states. Also, no one said you need to achieve 0 hits. You can also go for 5 hits, 10 hits etc and compete with someone on this. Or you just complete the game normally and see what your score was.

I for instance could achieve 0 hits on both: regular version and also no Byrna, Cape, Net version quite easily - but with save states. The only main problem I had was with the Mothula fight, which is the most difficult in the entire game, on this strategy of gaming.

Also, the 0 hit is rather easy to do with the normal version, specially if you go for 4 bottles with green potion, half magic and Byrna/Cape strategy.