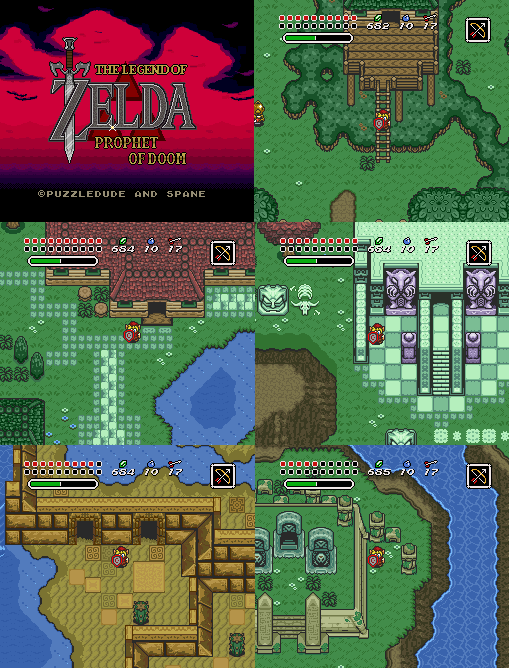 Prophet of Doom was a project by PD who continued the work on unfinished or partially finished hack by Spane called Prophet of Chaos. PD was afraid that Spane would not finish his hack so he used a base of it and made his own version. This one was quite different from Propet of Chaos since the projects were separated early on. The project contained brand new overworlds and dungeons made from scratch, using Prophet of Chaos great new custom gfx or entirely new gfx as a base rom to work on. But the project was canceled due to Puzzledude retiring from romhacking. Let's hope Spane will finish his Propet of Chaos hack at least. Re: Zelda3 Prophet of Doom

Is there a link for this version?