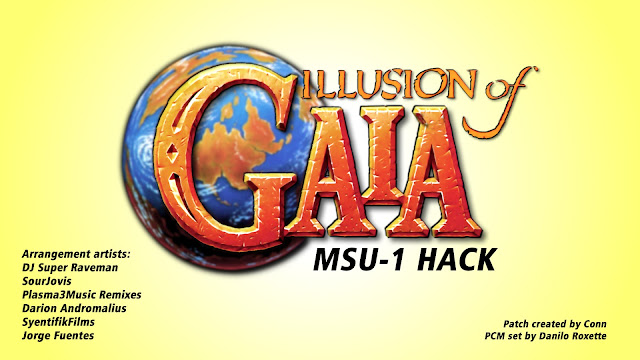 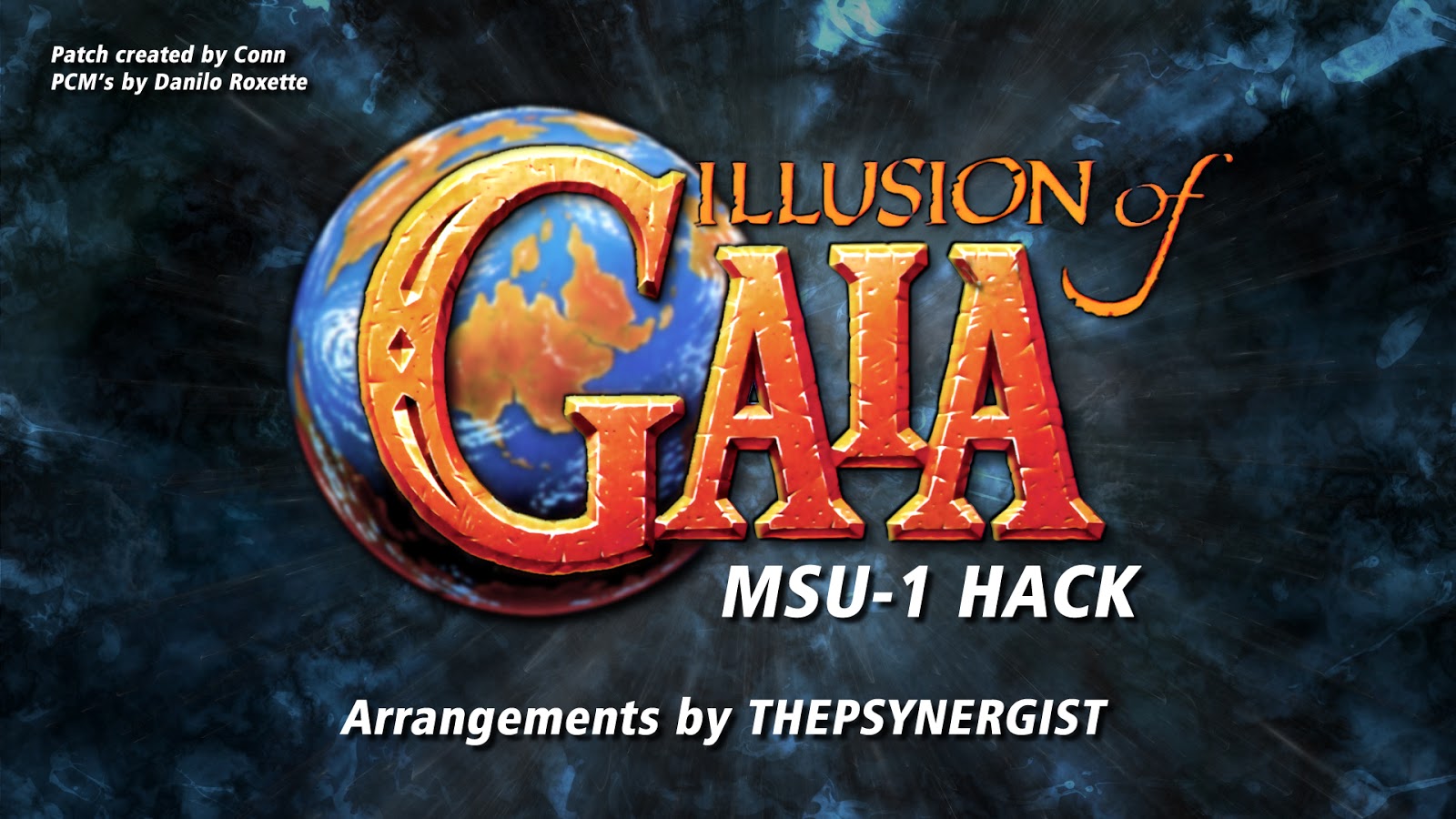 But there is only one thing patching, How can i know what rom is the correct to apply the patch?, i havbe some tryings here, and allways the music is muted.

You patched correctly, my code makes a hardcore mute, so only the sfx can be heard.

You probably didn't name your rom correctly, make sure it is named
iog_msu1.sfc
(exact!)
also be sure you have
iog_msu1.msu
along with the pcm:s in your folder. Then it works

RedScorpion and I ported Illusion of Time (Europe release name of Illusion of Gaia). Featured are German (v1.0, rev v.1.1) and Europe version.

Re-Download the patch from first post and check subfolder "Illusion of Time" for the patches.

Hello, thanks for your work
Is there somewhere a tuto to know how to modify the patchs so this can work with the french release of the roms ?

If you redownload the patch, you should now find the french ported code (asm, ips) in the Illusion of Time subfolder.

First of all, thank you very much for your work. I'll try it when I get home.

I see you made versions of the patch for Europe, German, and French versions of IoT. Could you make also a version for the Spanish version of the game? It would be awesome.

This game is more or less an exception having ports for PAL versions, though I am myself German, I usually only hack for NTSC to satisfy the majority of people. It's nearly impossible to port every hack for every PAL language version out there.. at least it would be too much effort for me personally.

I talked to Red because he was so kind to port all the other versions already, and he said he's going for the spanish version as well

... however he has some personal issues right now, so don't expect it soon

Thank you for your kind and fast answer. I understand all tdhis scene needs a lot of effort and time.  I'll be patient and wait for the spanish hack.

Thanks to all the people who make these things possible.

Ok, I had some free time to port the patch into espanol, please re-download the patch from first post and check the subfolder "Illusion of Time" to find it.

Please understand that it is really an exception, we cannot port every game to every pal language. Not even Zelda is ported...

Also please note that I didn't test the patch, but I don't expect any problems. If there are, come back at me

It seems to work ok, for what I've tested. I'll try to test it during the weekend.

Thank you so much!

i tried so many times but i cant parch the spanish illusion of time. can someone pass me the rom patched or something?

Sorry, but I have to give you a warning. Rom requests are not tolerated and not supplied in our forum. Big N is quite strict, so do not ask anymore!

What we cannot trace are pm:s however, and it seems one user managed already to successfully patch the spanish version.

Out of experience, your problem should be this:
https://www.zeldix.net/t1662-remove-header
so please follow that guide first.

Does this work with the leaked prototype which has a more faithful English translation?

I ported the patch,
http://bszelda.zeldalegends.net/stuff/Con/iog_msu1_patch.zip
Subfolder "Illusion of Time_Gaia Beta"