Code:
https://app.box.com/s/hexbpwm0grlcw5t28mjbd3go272dhb7s
*track 15 is missing, get it from the classic or portuguese pack

First, I confirm that the updated version of the first track made by pepillopev loops correctly on the game (in fact I first hear the pcm on foobar2000 before sending it to my SD2SNES Pro and as expect, nothing to said but perfect).

Second, there is still some blank/mute/lag in the audio each time the screen move to the demo or get back to the opening title. I'm using a SD2SNES Pro with the last firmware, the difference with the pepillopev test (as he already mention) is that I use an original SNES (PAL but switcheless) instead of a SuperNT. I have also tried (to avoid any region issue) with one of my Super Famicom (a 2/1/3 one because the SuperNT is based on 2/1/3) and exact same mute results appear. Regarding my micro SD card, it shouldn't be the culprit because I bought a high end one to precisely prevent any access time or low read rate issue (you can find the specification of my UHS-II card there : https://www.sandisk.com/home/memory-cards/microsd-cards/extremepro-microsd-uhs-ii ). I have just made a new SD2SNES benchmark and it average access time is 0.304ms, max is 0.654ms. In addition what let me think that it isn't an access problem is because the file is already in use when the mute occur so there shouldn't have "access" problem while already reading.

Does someone that own a SD2SNES (orignal or Pro) and a Super NES or a Super Famicom can test the latest Conn patch to see if the same interruptions occur ?

At least but not last, thanks both of you for the time spent trying to solve my problem.

@alex_tenjo Funny, I am using a lower class SD card on my end compared to yours and do not exhibit this problem on my Sd2SnesPro (at least with a superNT). 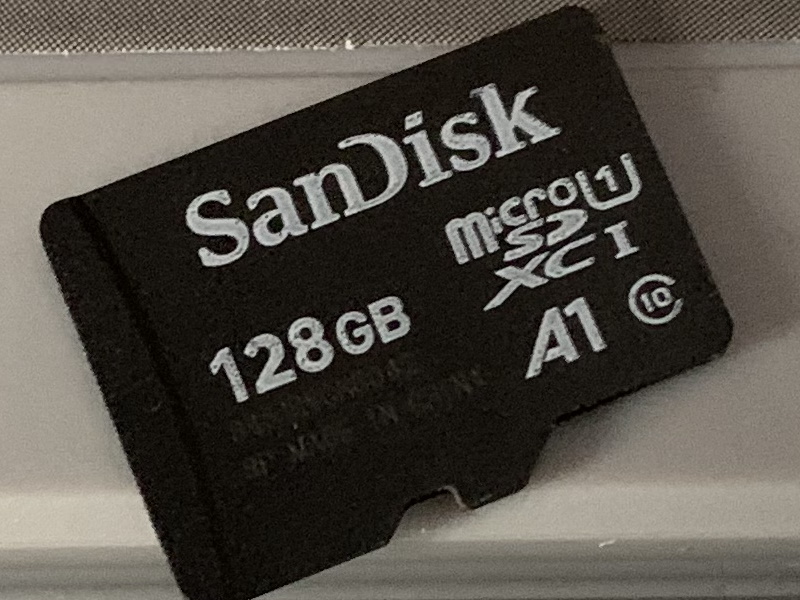 I can get a hold of a NTSC original SNES and sd2snes non-pro to test. This will probably take me a day or two to obtain for testing. Will update on my results. Will also record some footage.

Hmm... Nothing I could add further regarding the problem. It seems like much background calculations are done during the black screen, e.g. I see it in the trace log that is greater than 1.5 mb. I think that these calculations slow down for some reasons the msu stream on real hardware (at least original and not NT), what is a pity, but also beyond my capabilities to fix.

But now we know that people, experience this problem will need the "old" patch or enjoy playing on emulator. In the end the effect of the new patch is negligible (most people playing the game will skip it or enjoy the theme on youtube).

@pepillopev Many thanks for taking time and gathering resources to test it. I'm very interested in what results you will get.

@Conn Regarding your first paragraph, what you wrote completely make sense to me. With your explanations, I'm sure you're right (and if pepillopev confirm the issue, fixing such a thing seems quite hard indeed).

I agree with your last paragraph also, sure it's not a real problem, people will mostly do how you wrote it (skip the intro or hear the theme using another way).
To let you know, in the first place I was only thinking that hearing the full track while the demo plays, should have been how code could be implemented if MSU1 or Nintendo PlayStation were real during the Super Nintendo commercial time. Back in the day I can easily imagine a Super Nintendo switched on in a local video game store with no controller plugged, that leaves The Lion King loops for hours just for advertisement. That's why I've ask for it, but in the end it's a detail and your patch works extremely well.

@Conn Yup, I think this issue is pretty much settled. There is only so much our poor little SNES can do. This aside, sadly, this NTSC SNES exhibits the same behavior alex_tenjo faced (music stopping between screens). It was as expected. This happens on both sd2snes and sd2snesPro. At least emulators and superNT are safe from this drawback, phew. At least with Lion King. The SNES is a model number SNS-001 (NTSC). Below are the test videos using both flash carts.

I now also consider this matter closed and concur with Conn's reasoning in leaving two separate patches to enjoy.

ok, in the patch I renamed the "old" folder into "sd2snes" so people with normal snes use the old patch that disables the intro, and mada notes that SuperNT plays the normal version.

I hope here's a pcm artist who one day will make a set with the 2019 animated version music, and cleans the portuguese version from the rom, so we can provide that too

@pepillopev Many thanks for your time, it's reassuring to see that it's not again a new rare bug that only affect my system.

@Conn As you said this thread is now closed (the Portuguese version set aside).
Please don't thing I would like to ask for an original hardware fix (I well understand what enormous amount of work should be needed to fix a so small issue), but I please have a technical question.

Do you think that particular lag problem on the original hardware comes from a too low bandwidth of the game port or for a too weak CPU that can't make the demo calculations and stream MSU pcm enough faster to prevent an interruption ? (Or maybe for another reason I don't think about).

Conn wrote:...I hope here's a pcm artist who one day will make a set with the 2019 animated version music, and cleans the portuguese version from the rom, so we can provide that too

@Conn Funny, it is like you know deep down in your soul someone is working on this 2019 set. In this case, I am. I finished 10 tracks with proper loop. The other 8 are proving difficult as there is no possibility of looping due to the nature of the track recording. I will see what I can do to the best of my ability.

This is one of the rare msu1 we have with vocals, there is no problem if you need to restart the track from the beginning without loop imo

Pev updated the first post with a 2019 english movie pack and hosted the de-romed portuguese packs by snesforever (for our brazilian friends here).

Also the code of the patch has been revised, but we were not able to fix the sd2snes bug (which apparently also happens on bsnes). It is suggested to use snes9x or sd2snes with SuperNT. For bsnes/higan/sd2snes on normal snes use the patch in the folder sd2snes(bsnes), that disables demo play.

I could have sworn I saw a hex edit to disable title music playing during the demo, can't find it now, somebody still have the offset and value ?

[edit]
Found it, Wayback Machine to the rescue.
Here's the offset and value:

Yes, but this only works in the (old, now) sd2snes version, therefore I deleted that note, but now again inserted it in the readme files.

Hi, in the Pepillopev set the tracks 12 and 13 are the same. Is this correct?

It appears to be intentional from looking at the track map.

You can use the track from the other pack. Reading a page back in the thread suggests that Pev was working on it here and there and never got around to finishing it.

Relikk wrote:...the thread suggests that Pev was working on it here and there and never got around to finishing it

Yup, this would be the case. I totally forgot about this project.

It sounds more like a problem with your pcm set... which one do you use?

Try maybe another one, it is possible that this track is wrongly assigned in the pack you use.

I puzzled it together, most K themes were correct, but e.g., he had the hakuna matada twice. Pride land wasn't part so I took it from the portugeuese set (there aren't vocals so this is fine).


@retrojaro
can you compare the new set with the track list:
https://docs.google.com/spreadsheets/d/1BC8CRcwmCfUsbE-7Wo0hMO80g9Frlci9wraU-niH0yM/edit?usp=sharing
you can play pcm files with this tool:
https://www.zeldix.net/t1543-msu1-audio-player

Conn wrote:I puzzled it together, most K themes were correct, but e.g., he had the hakuna matada twice. Pride land wasn't part so I took it from the portugeuese set (there aren't vocals so this is fine).


@retrojaro
can you compare the new set with the track list:
https://docs.google.com/spreadsheets/d/1BC8CRcwmCfUsbE-7Wo0hMO80g9Frlci9wraU-niH0yM/edit?usp=sharing
you can play pcm files with this tool:
https://www.zeldix.net/t1543-msu1-audio-player

Well.. I patched the rom only using lk_msu.ips with this new music pack.. guess what? IT WORKS. Not only with snes9x on retroarch, BUT bsnes on retroarch as well. I must test this more but I think in my case I don't even need the bsnes patch. Edit: OK sooooooo... yeah the tracks work... granted I can't get past level 2 because those stupid double jump trees always mess me up but just can't wait to be king played in level 2... maybe someone who's actually halfway good at this game can test it more. Edit: Screw it.. shame me if you want.. I did the BARRY code... the track list seems to be correct now because I tested up to hakuna matata and all the tracks play correctly now. Safe to say this revised pack did the trick.

I never played past L2 as well. It's a beautiful game but unplayable beyond level 1 unfortunately.

I compared kurrono set with the Portuguese pack, so if that author didn't make any mistakes, we should be good