@Pepv, just played this till I got game over in snes9x and it was fine. Everything worked out the way it was suppose to be. Also the pcm's volume sound better as well. :-D

@Polar Thanks for testing. All that is left sd2nes and we can close this out for good.

@ToAll The patch is now at V3. This update addresses random full mutes and crashes for sd2snes users.

I'll get round to it eventually. Busy couple of weeks coming up.

I can not download the PFCM pack, only one blank page appears.

darthvaderx wrote:I can not download the PFCM pack, only one blank page appears.

Works fine here, but you're better off waiting for a day or two until I update the link. There's a delay with some PCM's when they're triggered in-game, so I've had to edit them and add some silence at the beginning so they don't get cut off. That's done, but for now I need to balance the PCM's against the in-game FX. Should be up within the next day or two.

The same (except for the silence) goes for Knights Of The Round, also.

Alright, I'm pretty happy with these. You can update the link in the first post. I'll get a video ready by this weekend.

@Relikk And done. Don't get too complacent, Fatal Fury is almost done (the PCMs are really loud),

@Relikk Consider that a gift for helping with the Rendering Ranger R2 video.

@Relikk Fatal Fury was a PITA with the mute and preserving SPC fallback. I will give that one a shot this weekend. I am taking a break once I release Fatal Fury. Four games released within a week deserves a much needed break.

@Conn Thanks Conn. Wow, over 150 titles now (with the newly added Fatal Fury). Crap, that is a lot of games all of us have MSU'ed. Nice.

Four games released within a week deserves a much needed break.

lol* I retire... next week again. This time for real! Where do I remember that from?

Jokes beside, 4 games? Fatal Fury, Magic sword, Knights of the round... which one did I forget?

Ah, didn't notice there was a update in the patch and pcm files for RR2

much luck on RR1

@Conn Oh, I do not think there is a R1. I think the developer uses R2 like R-squared (due to using pre-rendered sprites in the game).

Ah, my fault, misunderstood. First release of RR2 was already Jul/29/19. That's why I was confused
At least my database entry says:

But maybe you tinkered on Patch v1.0b6 in late August, so that is why you think you released it on 22nd Aug? This whole database maintainance... oh my.

@Conn You are correct, my friend. I stand corrected. Too many games, I get confused too.

*lol, this remembers me on an image I received some years ago, in my best bszelda hack processing time 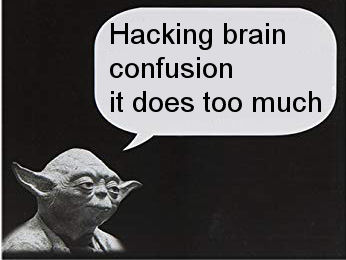 @Conn Lol, that is freaking hilarious.

Similar topics
» Get L2 Sword out of chest
» Pots destroyed by L2-L4 Sword
» Collect items with sword
» stronger sword beam
» Level 4 Jedi-Sword !
Permissions in this forum:
You cannot reply to topics in this forum