So I've kind of struggled with how I want the game to begin but I figured I'd start with honoring the other oracle games with the way they start the game. Would it be possible to remove the whole back story sequence from the title screen entirely and make something like this happen before you have control of link 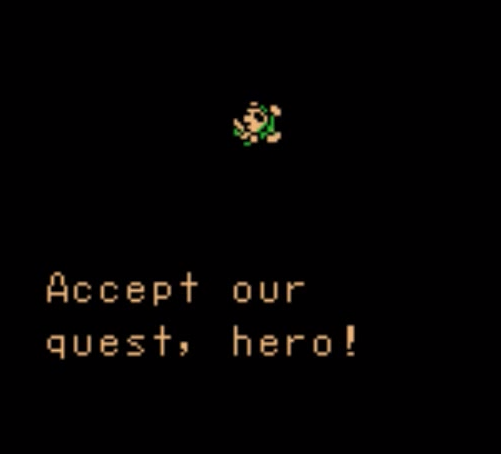 Be a nicer start to use it similar to Oracle of Seasons intro, where someone finds you on the ground/roof or even in a tree(lmao) then you spawn in bed, since getting out of bed is hard-coded for Link and a single sprite.

Getting the mirage-to-clearer screen effect while Link lands would be even more insane to pull off. xD

Just another variant of the idea. Also, there should be an event to do this even further for like a later dungeon hack. 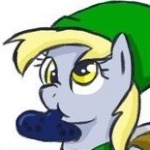 Although I do like the idea of someone finding you somewhere but that would require coding the event asm for them to walk up to you and what not. I'm not sure how easy that is since I'm not asm expert.

Method 1: Shouldn't be too hard. As long as you know how to work with NPC's movements, and making/using collision between them and Link. It is basic ASM but it uses a lot of different routine hijacks. Even though I said it isn't too hard, requires so much practice in ASM though. Recommended to do Method 2, which is easier(more time consuming), and SHOULD take less space to use.

Method 2: I do have a work-around for this, and that's basically re-pointing to intended gfx regions in the map, and re-point back to the intended gfx to use as a main char. It's hard to explain, but it seems easy enough. Like point to data for P1 to play as at the beginning, then after a fade-in, re-point the data to Link for P1 then start that way. You'll need to make/change a sprite NPC or something for the 'unconscious' Link though. GFX and text change. ASM branch off of that specific speech to fade-to-black. After game fades to black -> repoint GFX data back to Link.

Other than those options, not much else I can think of atm.

Do you mean like taking out the intro dialogue that follows the title screen and instead make it appear after starting a new game?

Puzzledude once suggested something like this with my star wars intro style, but Conn thought of it as near impossible/hard stuff to do.

Puzzledude wrote:You can accidently skip this if pressing any button. So I hope it can be done the same as on the GBA version= if you start a new game it goes on this story first and then into the game (to make sure players see the intro, since it can be skipped completely on SNES).

Conn wrote:I searched a Long time having it the way we have it now. This is because the jump back to game routine is ~quite~ difficult, jumping after the Name selection, and check there whether you started a new game.

Unless you want to have a new intro that replaces Links uncle that is... not too sure how this could be done.

Thats actually something that blows with euclids custom start, is that you dont have any backstory per say.

Links bed and house could always be edited into other things, but I think your game starts on part 2 if I remember right?!

It does start on part2 but as far as I'm aware can't you modify the startup patch? And if it really comes down to it I can just remove starting up immediately in part2 and figure out some way to skip from beginning to part2

I tried again to move the intro before the game start (I have the addresses with the msu-1 Video) but it seems impossible, since the intro is connected with the menu. Once you selected a file, specific routines aren't run anymore.

mh, I suggest you use the msu-1 hack and Show a Video (however, this only works in case you start with part 00).
As alternative you could use an Image-slide show to tell the Story similar to the endings:
https://www.zeldix.net/t392-custom-ending-screens

Would it be possible to make something similar to how the oracle games begin before you get thrown into the game but not necessarily using the routine for the intro sequence.

This is just smart.

moegami wrote:Would it be possible to make something similar to how the oracle games begin before you get thrown into the game but not necessarily using the routine for the intro sequence.

The main problem with this is, that it is virtually impossible to have this combination: start a file, run sequence, go to game.

It is much easier for the game to have it like so: title screen, run sequence, repeat. Once you press start: go to file, start game. This is how the original Alttp is programed, and with a good reason. I can only suggest, for you to edit the actual intro sequence (the problem with this is however, that you can skip it).

This combination: start a file, run sequence, go to game, start game in part2, is not really doable (since part2 means that all previous instances have already been seen).

I will probably disable the intro since I have no need for it.

It's unfortunate this can't be done, applying story to link to the past is such a tricky deal since everything is so specifically strung together for the original story.

Would it be possible to make an NPC in which the dialogue progressively changes when you get a crystal or something (this would be the oracle, giving you clues for where to go next) since that would be the most I could really get out of a story.

In AST there is Aginah giving you clues depending on the collected tablets... but doesn't the native Fortune Teller act this way as well?

Yeah he does but I believe some of the dialogue points have been used for your items, so I'd need it custom done so none of the item descriptions show up in their dialogue.

I am using 10 monologues for the new items. If you read the attached word file to the complete items hack you know how to Change them:

You Need to renounce on 10 other monologues (sprites) if you want the fortune teller.. you e.g., start with part 02, means you can rennounce on the telepathic message and the uncle.