no Yellow rooms and I have compass, map and everything. Or is the Galaxy Book somewhere else in my Itemlist already maybe?

Strange, it is definitely there, I found it recently when I played 1.2.3.
Maybe Euclid forgot to mark the room yellow. I'll check later. It is the ether, a strange shaped hat with an X. I think the item name is don't panic
If you have it equip it and press x to read it.

Ohh, ok, I already have this Item, which I called Blue Magic. I just didn't read it (or didn't read it more times), have not read the discribtion from this Item so good.
Sorry about that, now I try to find the other Items.

Alright, if you redownload
http://bszelda.zeldalegends.net/stuff/Con/ConkerHRT_v1.24.zip

you will find
MENU_BUTTONS_MANUAL.pdf inside the zip, where I listed the new button features and the submenu stuff meanings like 20-9 rings collected, and the number of heart containers, Pure Meth and so on.

I also added to the !secret!spoiler.pdf below the point "Secret items and upgrades" the black-white harp, how to use galaxy book and ice rod next to images of the upgrade locations.

The patch itself hasn't been changed.
I hope this makes it for people easier to understand all the stuff

Thx for your work. But most it was only my fault. English is not my main language. I remember the Galaxy Book said once I should read it and sometimes he will give me hints. But I didn't know that these hints are so importent.

This was the only think I miss, now I found near all Items (only last sword (which I get soon I think), Lift4 ? and some hearts/pieces missing). And I finished Ending 3. I used sometimes SaveStates, to not do Puzzles again, or that I must not wait till the magic refill. And also for the Ganon fight. Seems I didn't understand the last phase so good with the Green or Blue Lightsaber (4th).

Was a funny and great Zelda hack. I like it much and try to get some more Endings. Thx to all who work on this game and make it so great and enjoyable.

(at least I assume this is your native language, as most here are either US or German

Regarding Lift4, strange is that I couldn't find it either in the game, it is the titan's mitt. It is possible that SePH left it out, as there also is no use to it. There are no heavy black rocks anywhere, at least none that I found (Has somebody additional information on this?).
I consider to add it in a 1.25 (*gosh

) just for the sake of completeness and give it in the power path after Trinexx or something, and may block something in the Dev's area.

Alright, though it was too much effort than gain, and is really obsolote, I nevertheless spent too much time on lift4 to just skip it like that. 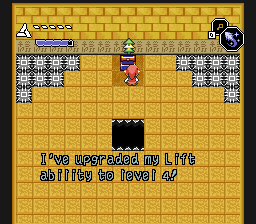 I hardcoded this block: 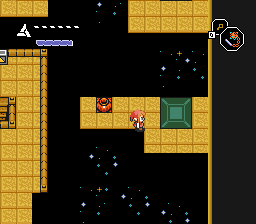 It's also good to have it here, to get byrna a bit later. 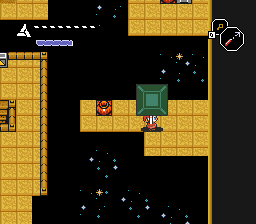 Was much work as here the block turns into a sprite, had to make a cgram update.

I hope it all works great (without side effects).

If there are no bugs with this update this should really now be the last update! However, there may be bugs. When I placed the block stone in HM, I could not open the chest with the goldstar anymore, then tried again with a fresh rom and it worked flawlessly. I always have serious concerns that buggy HM corrupts the rom...

ok, one small further thing I always was disturbed about (and since palette change is a 5 minute thing in the meanwhile for me): 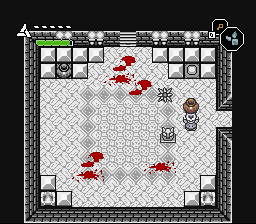 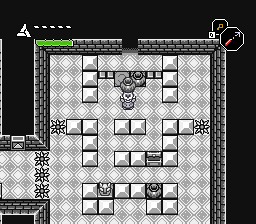 the picked up pots in the first dungeon are now grey (am I mutating to Erock?)

Also I removed the unaccessible room from PR dungeon map (this was the Aghanim 3 in Dev Hideout to make this screen blue). 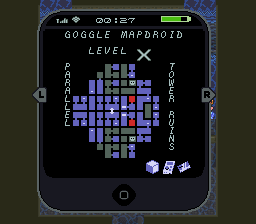 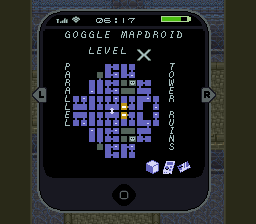 Edit:
Noticed that the new b/w flute prevents Bart from appearing, so I made him spawn always. 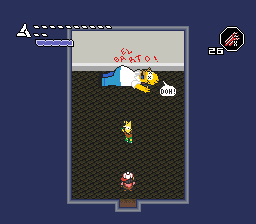 That should really be it now...