Yay! Qwertymode FTW! Thanks so much

For the old-fashioned bsnes players, people who do not know how to handle msu1 extensions with mercurial magic, and most important: sd2snes players, I also extracted your files, renamed them to dkc_msu-*.pcm and uploaded them on my drive:
https://drive.google.com/open?id=0B68bmgtrAXQAT0t4TEJjSXN1c0E
Only small change I made is using the 11th theme (rare logo) from PittStone (I really love the ape sound there

The release ball is now at PittStone to gather his remaining pcm:s, then I post it in the database. I will also post all your *.msu1 formats there then, which may come (v.1.1, europe, etc).

PS: spent half an hour in winky's walkway, thanks for following my request

Chill Out is finished. I did my best.

I already posted this patch in the database now:
https://www.zeldix.net/t1484-donkey-kong-country-1#21731

As soon your Jazz and Cool mix are out of beta as well, let me know and I will give it a larger cover art and edit the "beta" in this post.

I hope the way I posted it is ok with all who helped on this project - thanks again for your support!

I think it is necessary to provide next to the mercurial magic *.msu1 package by qwertymodo also the transformed pcm set, since sd2snes users and bsnes users will do hard making the *.msu1 compatible (renaming the *.msu1 to *.zip, renaming all track-*.pcm -> gamename-x.pcm). I know that msu1 pack should be the new standard but due to this reason, I rather provide both.
Only as suggestion...: maybe it might be a good idea to also provide an alternative zipped pcm package for the smk wii (here is only the *.msu1 package available)?

So here, if track is not ready it will get a stack error, because the php is not cleared with plp.

The reason why nobody noticed is that this bug will only take effect (crash the rom) on real hardware. On emulators the track is immediately ready. I do not know whether you find it important enough to fix it in your bps file, qwerty.
I fixed all my patch files:
http://bszelda.zeldalegends.net/stuff/Con/dkc_msu.zip

Really sorry for this

Thanks for the fix, uploading the new pack now. That's probably the only annoying part about .msu1 packs, re-uploading the entire thing for updates. Other than that, I've been really happy with them. Honestly, I think at this point I'm going to switch over to only uploading .msu1 packs. Auto-loading with Snes9x is just so convenient. All I need now is to add this feature so I can hot-patch against ROM hacks, and it'll be perfect

I still need to post a user guide for Mecurial Magic though...

Yes, I think when it comes along with a good tutorial people will favour it.
There might be some stuff to improve, like the program does not recognize smc, and bsnes xml support would be nice (if possible).

I also cannot test the sd2snes export (I simply have none), but xml support might be also something to add in the future (but I have serious doubts that adding bml and xml is required. People will use snes9x more and more over bsnes and higan, as it is the easiest way to date).
During the transition time however, I still favour to support all systems, xml, bml, pcm zip packs and the msu1 format. Let's see what the future brings

i have tried Mercurial with SD2SNES and work very well
( i try it with Super Metroid Pack)
i think its a good think to have a standard !

The thing is, manifests aren't actually required for bsnes OR higan. Revenant figured it out just takes 6 lines of code to get it to auto-detect MSU-1. We just need to get other forks to add those 6 lines and xml can be officially dead. And higan has always supported it without bml, you just need to use specific file names (the same file names as the .msu1 pack, so really all you have to do is extract the pack without renaming anything and it will work with no manifests). Byuu always intended manifests to be a behind-the-scenes thing that the users never had to deal with. The only reason we ever had to use them was because everybody wanted to use the SD2SNES file names instead. Because of this, hex_usr explicitly chose not to support xml output, it's a lot of extra work for him vs just getting forks copy 6 lines of code. Those 6 lines are the only thing standing in the way of never having to use manifests ever again, anywhere.

That would be wonderful if one can convince byuu to add these 6 lines of code... also bsnes+ would be nice to have them (I use this emulator sometimes to debug stuff).
Any chance snes9x 1.56 gets a debug function?

Anyways, I got super castlevania 4 as well hacked, and sent the files to Kurrono to playtest, so maybe our factory will get its next product soon

But at one time I keep my promise to *retire, Kurrono promised this to be his last request. It got quite simple for me to write a msu1 code down (2 hours maybe) - but that doesn't mean I have fun doing it

I can't seem to download the PCM files none of the posts seem to have links to download...

Is it because the files are not ready yet?

You must come to this Side: 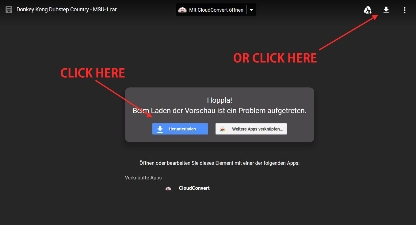 Doh! The Google drive links weren't clickable until I signed in - thanks for the response and really nice music tracks.

I found a radio button in the admin panel with

Disable external links to guests in messages : yes/no
I put it to no, so you can see links in the posts now without needing to sign in!

Also I made the images to links, so you can directly click on the cover arts.

Thanks for pointing to that, I hope my changes help

I also updated the database

Nice! I updated the database with the new link as well and would say this project is eventually closed

An "interesting" thing about this patch, I read at youtube comments that some sfx are speeding up, like changing the character. I then tried a direct comparison (opened 2 snes9x emulators, one with msu, the other native spc and switched parallel) and noticed that all sfx are indeed a bit different.

But: most are somehow better and clearer imo alone the short sfx when getting a banana. I think this has to do with how I muted the spc (in the apu routine).

Since I find it better, I'd like to hear other opinions about it; if people consider it worse I may look for an alternative way to mute. Kurrono e.g., had an interesting finding in TG3 (disabling 2142 instead of 2140) which might work here as well (I'm only speculating, haven't tried). 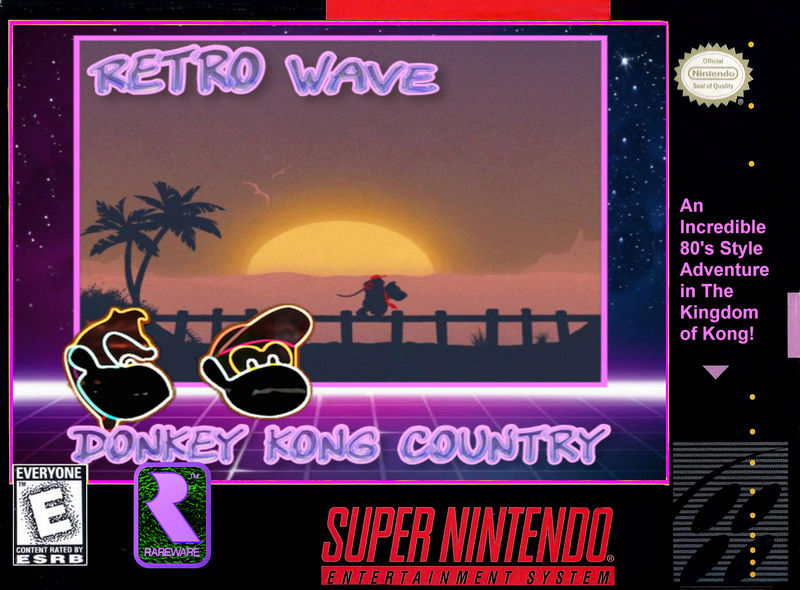 Would be nice if you could make a small player to listen into all our various sets, so people do not need to download and test them all, like ArcadeTV did here (but only a preview with 3-4 themes played some seocnds each is enough for an impression):

Hey thanks for the upload I am very new to the msu1 scene I have a sd2snes and I'm trying to use this for dkc on there how to i make a folder for this and what all files do i need and what should be patched? Sorry for the noob question

I included a readme. Apply the ips on your dkc rom, rename the rom as described in the readme. Make a folder on your sd-card, copy all pcm:s and the msu file into it. That's it.

Maybe you should try with snes9x 1.55 first, this works the same way and require the same files. If it works there, just do the same with your sd2snes. If you have problems making new folders on your sd card, or other general problems how to run games on your sd2snes, this is the wrong forum for such questions.

@Conn, would anybody who created any of the DKC series PCM tracks be willing to create a pack using BlueTronic's restoration of the original uncompressed samples? The casual listener may not notice right away the quality difference, but any big fan of the original game soundtracks will be blown away by the quality upgrade:
http://www.dkc-atlas.com/forum/viewtopic.php?f=26&t=2230

VideogameScrapbook wrote:@Conn, would anybody who created any of the DKC series PCM tracks be willing to create a pack using BlueTronic's restoration of the original uncompressed samples?

With the existing restored tracks or sequencing the samples to create tracks? If you were to use the existing tracks... it looks unfinished, and the sources are mp3's.

Relikk wrote:With the existing restored tracks or sequencing the samples to create tracks? If you were to use the existing tracks... it looks unfinished, and the sources are mp3's.

Never mind my request for help, I'm getting the uncompressed sources and creating the PCMs. I will let people know when this "Restored Tracks" MSU pack is ready.