Patch* and sound/data files:
https://1drv.ms/f/s!Ah8ksmUOX0QQiR-hlWgB-wczn08C
*Apply on headerless US 1.1 ROM

MSU-1 IS NOT ONLY FOR PLAYING PCM MUSIC.

I assume this is the first part of the FMV fall sequence in Orchid, Cinder, Spinal stages? That would be a great addition, of course. I have no clue what role the image converter plays in this and I won't waste your time asking to explain as my programming skills are basically non-existent. Would it be worth a shot submitting another bug report? Or would just let it be for the time being? Either way, you hack is absolutely insane and I play it a lot on MiSTer atm. 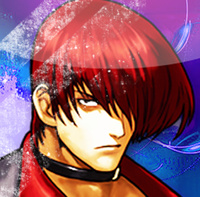 Its exactly the same with the killer cuts version.
Which by default is missing the heartbeat from the arcade version.

gizaha wrote:Something like that. Jago vs Jago in a stage that can be exactly replicated in snes. Without the moveset, only walking and jumping, but with the target to be visually replica of the arcade.

That would be awesome, seeing "arcade perfect" stuff on Snes would call everybody's attention, like some projects that are being developed for Sega Genesis/Megadrive like  Final Fight Ultimate (became so popular that they even contacted Capcom for a future cartridge release, should they accept), Sunset Riders, Real Bout Fatal Fury, and others. All of these are attempting arcade perfect with lots of sprites on screen, fullscreen display, no flickering/slowdown and practically arcade perfect colors. The reason on pointing these projects is because if the Sega Genesis/Megadrive can attempt arcade perfect (320X224), for the Snes (256X224) it would be even easier mostly considering the amount of sprites the Snes can display, the amount of colors on screen, and considering that games like Gundam E.D and Rendering Ranger are slowroms, imagine what we can achieve with fastroms (already known the incredible difference between slowroms and fastroms). Obviously, each console can attempt arcade perfect in their own resolutions. I've always been a fan of your work, and it would've been great to see Killer Instinct 1for Snes with arcade sized characters like in the characters' select screen.

Besides assembly, SGDK is the tool that Sega Genesis/Megadrive use nowadays, the same with PVSNES LIB for Snes developers (interesting video by Oscarin Valdez about this), both tools (SGDK/PVSNES LIB) use C and assembly.

Snes can use 512 resolution but it would be a big waste of vram space.
You can resize all assets to 256x224, the eye will be tricked (especially at crt).

90s comeback wrote:games like Gundam E.D and Rendering Ranger are slowroms, imagine what we can achieve with fastroms

At mariopaint i didn't see difference with fastrom change. However i don't insist.

90s comeback wrote:it would've been great to see Killer Instinct 1 for Snes with arcade sized characters like in the characters' select screen.

I didn't developed convert-to-snes tool, so each animation require hand work at gimp (resize, recolor using original indexed palette, move so the feet would be in the pixel perfect position). So it's not that fast.

90s comeback wrote:Besides assembly, SGDK is the tool that Sega Genesis/Megadrive use nowadays, the same with PVSNES LIB for Snes developers (interesting video by Oscarin Valdez about this), both tools (SGDK/PVSNES LIB) use C and assembly.

Assembly is easy, I don't use high level, except for writing custom convertion programs. High level is for people that think they know while they don't. If you can't use assembly you are not entitled to use higher level language (for snes games).

Out of curiosity, has anyone who has a PolyMega tried this patch out there? If so, does it work?