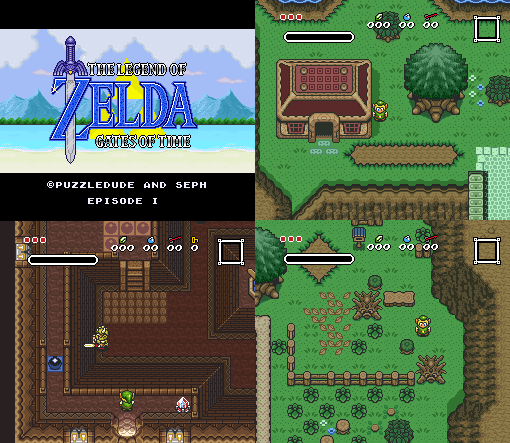 The new Gates of Time hack was a project by PD who picked up an abandoned hack Gates of Darkness by SePH. This hack initially had great potential and a lot was done in the new Gates of Time version. The game looked really promising. But this renewed version was eventually also canceled due to Puzzledude retiring from romhacking. Let's hope the new generation of ALTTP romhackers like Zarby, Moegami and Letterbomb will continue the legacy of the old retired generation (SePH, Conn, Puzzledude) with their promising new projects.

Similar topics
» The Legend of Zelda - Gates of Time/Darkness
» Ocarina of Time 2D
» Street Fighter Alpha 2
» TMNT IV: Turtle in Time MSU-1
» Going "Deep" all the time? Strategy changes?
Permissions in this forum:
You cannot reply to topics in this forum