Spane wrote:Hey Erock!
Can I usw a few graphics from the desert picture? That would be really awesome. I will post an picture of this gfx added in my game in this thread aswell :-)

Hi Spane, since that desert pic and that forest pic right under it were taken off the internet and not drawn by me feel free to use anything regarding those images.

erock wrote:THANK YOU!! You have made the right choice!!!!

Also, and I'm learning about this too... doing something like making a rom hack takes a lot of time and since most people have busy lives, personal projects such as Calatia can can become very difficult to maintain. This is where time management comes in. You may not be able to spend 10 hours a week working on this game, but you might have to set aside an hour or two a week and just make baby steps. Having a small amount of progress every week is way better than no progress at all.

this was one of my last submissions to zack

erock wrote:you come up from the bottom right track bringing with you a red brick as well, you then have 3 options for paths to choose from, but you can't get back however. 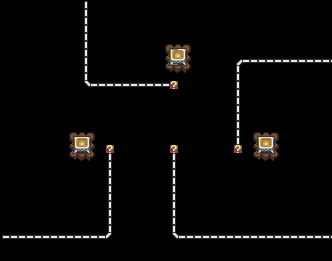 This is used with the idea in mind of hookshotting from platform to platform.

zack wrote:Pretty cool!  Have you tested it?  I'm not sure you can have more than one platform at a time.

erock wrote:Yes, this is fully tested!

The way this works is:

3. ride on platform with red brick

4. when you want to transfer to another track, you throw the red brick and then hookshot over.

5. when the new platform forms the old disappears

6. this is why you have to hookshot over (i believe Ive shown you this before)

if you want i'll make a short video.

zack wrote:Oh, hence the torches to hookshot to.  Gotcha.

I am now making this thread public. It's been secret for far too long.