I am just starting to get into MSU-1 and my first project is going to be Soul Blazer. It has a great soundtrack already, and if I can come up with some orchestra music, it will sound even better. I have found a great version of Lonely Town and Lively Town, but unfortunately, this is all I have. I can't wait to work on this and get more added.

Super metroid is MSU-1 friendly so would be nice if something can be done with this hack: Super Metroid: Redesign

My MSU wishlist would be pretty much anything that was an arcade port so we can have the original arcade soundtrack, or something that is a version of a CD based game from another console. Stuff for arcade like...

If I could have any of those right now though it'd be Dracula X and any of the Street Fighter games.

I don't believe it has been mentioned yet, but I can't blame anyone for this because the Remix/Arrange Soundtrack for these are very very VERY HARD to come by, and especially on youtube, but most of the tracks for Digital Devil Story 1&2, Shin Megami Tensei, and Shin Megami Tensei 2 all for SNES actually have been remixed to their fullest (Only the SMT Remixes are somewhat more easier to find, but finding the Digital Devil Arrange requires a bit of work). Some of these tracks later appeared in the more recent games, but usually as a fun reference. Also there is the PS1 soundtracks as alternative if the Arrange/Remix Soundtracks can't be tracked down.

It would be nice at some point for these games to get the MSU-1 treatment.

The new arrangements for Rockman & Forte by Krzysztof Slowikowski are all done, it would be amazing to see an MSU1 hack with these, maybe combined with an existing english patch. Darkshock or anyone, would you be up for this?

Just throwing this out there, I finally decided to actually play FFIII that I bought a few years ago and has just been sitting on my shelf. Never tried it before, but I'm already enjoying it. If anybody was interested in taking a crack at the coding (I'm not, at this juncture), I'd be willing to look into converting Balance and Ruin for use as a soundtrack.

This hack appears to be along the same lines of what you're suggesting, though it hasn't been updated in a while.

My top choices for MSU1 hacks would be BS Dr. Mario and Panel de Pon/Tetris Attack.

They're two of my favorite games of all time, but their music selection is so small and short that it has come to drive me half crazy after hearing them so much through the years. Dr. Mario with its three tracks would especially benefit, even more so if there was a way to add additional tracks or shuffle between different versions.

There are infinite Dr. Mario covers available, and the Gamecube's "Nintendo Puzzle Collection" could possibly be used as the base music for Panel de Pon. I could help with tracklists if needed.

I've been trying to figure out how to hack with this, though I've next to no coding knowledge, let alone assembly language for a SNES...

That being said, I'd love to have Illusion of Gaia/Time hacked for MSU-1 use.  I wanted to use my remastered soundtrack for the game, like I had done for my personal MSU-1 hack of Link to the Past that enables 8-bit music that I covered as well to be played in game.

Just in case people don't think I'm serious, here's the Illusion of Gaia album that I've made, in question: https://www.youtube.com/watch?v=7y1MIj2IIEQ&list=PLisRpuQKxsdOoS41xSVYDhe67POHPYtk-&index=1

Hopefully someday, there will be a tool that seeks out .spc calls in ROM and is able to patch any SNES game. 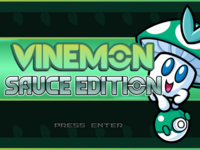 My first time posting so I want to thank all the people doing the lords work. If I were a religious man, I would say you're casting spells on carts to make all this happen. Seriously, thanks to the programmers and the forum over lords for making this the best source for msu1 info and news.
::Warning:: I'm not good at funny
Now, the wishes.

Super Mario RPG - I remember trying to emulate this game back in ott 4. It was like gargling sand while chewing gravel. Fortunately, that has changed. The bad thing is, it's an rpg with a bunch of music to sort through. The good thing, it's Super Mario. There are a ton of fan made remix and remake projects for Mario games. An album was recently released by OCRemix.

FFV - Yeah, I said it. Go ahead and laugh, I'll say it proudly.. FFV was THE BEST FF Game... released in 92. You start the game riding a chocobo, then you're on a friggin' boat, and then you climb up a mountain and Fus Ro Dah your dead dads pet dragon. Jobs? Skrillz? bruh.. dudes name, was Butz. All around good game. OCRemix is currently working on disc 3 out of 4.

This is not an ad for OCRemix, they just seem to be pumping out projects in a somewhat coordinated and steady pace. At first glance, they have a pretty loyal core and have competitions regularly. Perhaps a "from the ground up" collaboration, in which both forums poll their core members to choose a game. Provide the musicians with a direction or style and figure out how many tracks they need to produce.

NBA Jam - This is the one that could actually happen. Ports from the arcade and sequels that were pretty much identical games in overall presentation and concept. Maybe some OG 9 deuce Dr. Dre.

That's enough ranting for now. Thank you all!

Edit: There are a lot more anime related games that exclusively released in Japan. The Sailor Moon Rpg follows the series pretty closely if I recall correctly. Are FMV's aloud to be ripped from other media or is it limited to game remakes?
What's the criteria that best suits you, the creators? 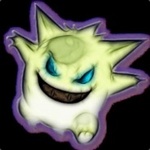 This seems like a very good choice, since EarthBound hacking is actually pretty well documented in Data Crystal, and each track is also documented as well, along with the pointers and such.

One can even edit the songs in the game using Ebmused, which also shows the whole data for each track as well as its range in the ROM.
Oh and there are a lot of official OSTs floating around as well as fan made OSTs too.

So, with the current documentation and available music, I think doing an MSU-1 hack for EarthBound would be a great addition.

SOLVED:  My Wish is a MSU-1 Patch for the
"Hyper Street Kart" Hack from "Super Mario Kart"!!!

We have some nice Streetfighter Music with Racing Capcom Fighters!

It probably works just fine, did you try just applying both patches?

Yes i have used the mario kart .bps to the hyper street kart hack and it says patch not worked.

Try applying the MSU patch first. I just checked, it should totally work.

O.k. thats a good Idea. This Works. Thank you.

Gonna have to definitely say Secret of Evermore. I know everybody shits on it, but that game is my childhood - that and Final Fantasy II & III.

Though I'd also love Final Fantasy V done as well.

I was a teenager playing snes...my childhod was atari. Jungle hunt...secret of ever more is almost done.

Oh, sweet merciful ginger Buddha, that made my f'ing day.

i dont know if a project to build a port of Dragon's Lair could be possible with the work that was already done with Super Road Blaster ?
I suppose it could be a big project.. but a really cool port on the snes