Brutapode89 wrote:Hey guys. We could believe to a MSU-1 for PC Engine, why not.

Example: If we would like hear Neutopia & Neutopia II in CD audio.

I'm imagining that in my head but I don't know if I'm right.

It's probably possible, but nothing supports it. MSU1-like functions have to be programmed into something that can utilise it, like the SD2SNES flash cart (or BSNES, SNES9x etc.), or in the case of MD+, the MegaSD flash cart. So, with the PC Engine, the Super SD System 3 add-on would have to have the capability to perform similar functions to those other flash carts, but currently it does not and there has never been a hint that it might in the future.

The only thing that has been hinted at, again for the MegaSD, is doing MS+ for Master System games in the same way MD+ does for Mega Drive/Genesis games. Not something I'm particularly excited about, but no doubt some people would be.

If this does happen some how, would then in theory the NES be the better system in terms of games because of the huge library over the Master System?

MS+ would be a part of the MegaSD functionality. The Mega Drive/Genesis hardware can play Master System games as is. During the console's lifetime there was an official adapter, or addon released that attached to the Mega Drive that allowed you to play Master System games. And it was an adapter because of the different shape of the MS cartridges and cards, but it's literally just a passthrough adapter. So, adding the ability to load MS ROM's to MD/Genesis flash catridges eliminates the need for the adapter.

I suppose the NES would be considered the better console, but I had neither growing up, when I did most of my gaming, so I can't say. I had Atari 2600's and Commodore 64's. My first console was a Super Nintendo in '92. The Street Fighter II bundle.

Wow, I did not know that sega did that, I had the OG Master system, and NES when I was a kid, and did not have a mega drive at all. So the adapter I never even knew about and seen.

Thanks for adding the photo also. :-D

As much as I enjoy my mega drive, there was not a lot of great games from it. The only game that was my favorite was Wonder Boy III: The Dragon's Trap. That's about it. I also had ALF and boy did that game suck lol. But that's just me. I understand what you mean, I had a family member I for got which one, but they had Atari 2600 that I enjoy Pong on that, would play that hours on hand, and my grandparents had the Commodore Amiga 500, I really loved that also, so did my grandfather. When you don't own thoes systems yourself its hard to say what is better. My first console was the NES, with a lot of games that where passed down from friends when the got the snes and did not want there NES at all. Boy if Nintendo would of done a adapter for NES games passthrew to snes, my game libary would be super small. lol

I have here games that run in Sega CD mode 1 and work on Genesis Plus GX (via Retroarch) , Kega Fusion (accepts mp3 tracks) and original hardware (Sega Genesis + Sega CD with a CD to play the track), a modified version of the Gens emulator also has this feature but runs differently.

Would you happen to know of any more game project that use this feature?
And would it also be possible to convert the games presented here to run on MegaSD making them work in the aforementioned emulators?

Mode 1 games work on the MegaSD by editing the patched ROM, but the mutes are usually all over the place, and there are no fade effects. 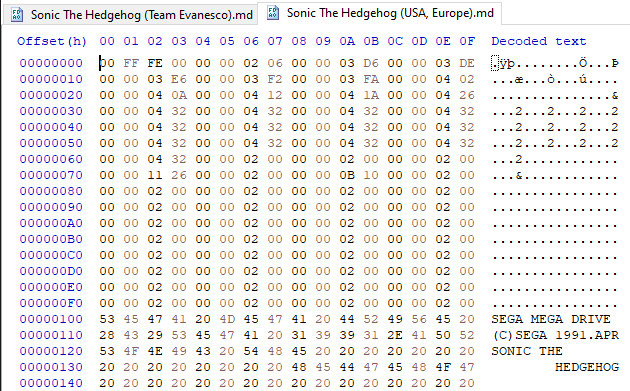 Edit 0x100 from "SEGA MEGA DRIVE" to "SEGA MEGASD" and the MegaSD will detect it. 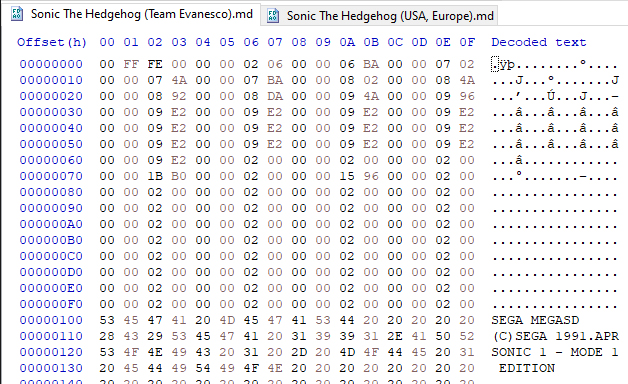 Mode 1 is not something I've investigated too much due to the aforementioned problems.

Which version of the emulator is used?

No emulator available for MD+, but for Mode 1 games like Rock N' Roll Racing there above you can use Kega Fusion as darthvaderx said.

I've often wondered if the author of BlastEm would consider adding MD+ support at some point..

Kega Fusion 3.64, Genesis Plus GX is much better but I don't like it being dependent on Retroarch on the Windows version, if only it were standalone like the Wii version.

On the subject of this, long ago, back in the PS3/Xbox360/Wii era, I don't recall exact year, but it was a long time ago, a friend of mine showed me a tool called Sonic2MP3, which was an external tool that allowed MP3 usage on Sonic 2 with specific versions of Gens and Gens+, which is similar to MSU-1 and MD+, but I have long since lost touch of where to find that program, if it's possible to do that though, I'm sure Gens+ would be easily capable of MD+, assuming anyone still works on that emulator and is willing to even try, but honestly, I'd love to have that ability again, since that would mean I could put my own music into the games 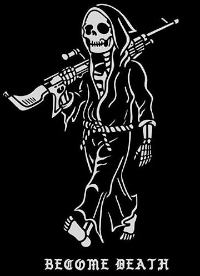 Hello. Can anyone share the MD+ music for Strider? All links on the net are dead (or with corrupted archives that will not extract) and I'd really like to try this music update!

I tried sor2 today on my mega sg with everdrive pro. No music at all. Turned off automatic cd audio in mega sg options. Maybe I used the wrong rom to patch ? Which is the right one (used us version of sor2).

MD+ is not supported on the Everdrive Pro. You'll need the converted MSU-MD patch made by Krikzz.

Okay patched it with the Patch for Everdrive pro but still no music. Sega CD works with Audio.

Make sure the ROM and CUE names are the same.

Thanks it works now.

Hi, I have a question, this project is an implementation of the Msu-1 for the Mega Drive or is something related to the Sega Cd?
I mean, it implements the Msu-1 chip, with all the registers and protocol similar to the Msu-1 for the Snes? Or the name Msu-Md is only to indicate a similar behaviour?

MD+ is the MSU1 equivalent for the Mega Drive/Genesis.

Will Mode 1/MSU-MD/MD+ games work with the Mega Everdrive pro, or MegaSD while the Sega CD and/or 32X are still connected? Would a Mega Everdrive X7 work if the music is burned to a CDR and played back on a Sega CD?

shawd1 wrote:Will Mode 1/MSU-MD/MD+ games work with the Mega Everdrive pro, or MegaSD while the Sega CD and/or 32X are still connected?

It's generally not recommended to have a CD unit connected if you want to use the ODE functions of the Pro/MegaSD as there is a possibility for bus conflicts. You do so at your own risk. I'm pretty sure the MegaSD doesn't allow it at all, but the Everdrive Pro has a toggleable warning. You won't be able to use the ODE functions through the 32X cart slot when a 32X is connected, either. Only the MegaSD will be able to do that when the MSDEXP is released, which connects to the expansion slot on the side where the CD unit normally connects.

shawd1 wrote:Would a Mega Everdrive X7 work if the music is burned to a CDR and played back on a Sega CD?

Yes. You can leave the CD unit connected when using the Everdrive and a burned CD for the soundtrack when running the patched ROM.

Would a Mode 1/MSU-MD/MD+ patched game be considered a Sega CD game? Or is it a Mega Drive game that plays CD quality audio, without accessing the Sega CD hardware/bus? If it's some sort of hybrid then I would assume that the game will not work as long as the 32X is connected, regardless if the MegaSD is connected to the cartridge or expansion port, since the MSDEXP does not load cartridge games.

Yes they would be considered the same as they both use the CD hardware emulation of their respective carts.

shawd1 wrote:If it's some sort of hybrid then I would assume that the game will not work as long as the 32X is connected, regardless if the MegaSD is connected to the cartridge or expansion port, since the MSDEXP does not load cartridge games.

Indeed. The MegaSD with the MSDEXP will only be able to run CD based games and not cartridge based games.

Thanks for the clarifications Relikk