The unofficial versions of the 2 most known A link to the past hacks have been done.


Features:
1.) title screen fix (also tested)
2.) shovel in menu closes the gap (ASM hack by Conn specifically for PW)
3.) inserted the chest via hex into Zelda's cell (ideal, since you get the shovel eary but after at least one item), 2+3 also basic test done, also tested to allow ocarina+shovel in menu
4.) random treasures hack insterted, but further adopt of treasure: default was 20 rupees, 5 rupees, 1 rupee, magic (magic was obsolete, because of the green magic autofill, 20 rupees was too much - could get rich too eary; changed treasures to: heart, 5 rupees, 1 bomb, 5 arrows) basic test done
5.) flute fix - implemented, but in practice no need, since area 2A, which has the flute dig, gets absorbed by big area 21 (so no area 2A), flute can not be in the ground.

All features have a basic test done.

the digable heart is a wonderful idea, as the monsters do not drop any health refiller. This will ease the pain playing this game a lot (at least when outside and the ground is digable

Edit: somehow you posted this thread twice, I deleted the identical thread

Yes, I thought about the heart, since there are so few in both games and players complained that there are to powerful enemies in overworlds, so now they can dig up some hearts.

And the other thread was actually for the Remodel, so the shortcuts were different. But yes, it is better this way, so that there is one topic with 2 shortcuts for both games: original and remodel.

repost it or let this topic handle both ^^''

Yes, I think this is better now, since all you need is 2 shortcuts in one topic. Also, I don't think it is such a big deal if any post or topic gets deleted.

This makes me curious... Awhile back, I beta tested PW 1.1 and gave a list of some bugs as well as grammar fixes. Were these ever looked at upon and fixed? I would assume not, just curious though =).

No, only those change above were inserted, otherwise the games' core is 1.1. The main problem is, that PW is specific and thus some small problems can not be fixed. For instance: overworld iceworld church area: still can walk left and out of screen (I could not fix this due to specific nature of the hack), the same with Link's face turning silver when you get the Goron's bracelet etc etc.

You should update the dialog box on Link's bed in the first room, it still says version 1.1.

Honestly, just my opinion, but I wouldn't even have that dialog box in the first place.

The reason why that dialog box shouldn't be there is because it beaks what is called the "4th wall" in story telling. That is when the game acknowledges that it knows that it is a game.

For me it was a total kill joy to read "welcome to the hack" at the start of PW.

Just think if you were to go to a Star Wars movies and right before the movie started Darth Vader came on the screen and said "Welcome to the movie, by the way I'm the bad guy". It would ruin the movie for many people.

Also if you play for instance SMW or Super Mario Kart it doesn't say when you start the game "Welcome to the game this is version 1.X" It doesn't say this because it comes across as unpolished.

In the Conker hack, the 4th wall is broken all the time, but this is okay since in the original Conker game this also happens. Technically you can present the story in any way you want but you have to be consistent when you go about doing this.

So I would remove that dialog box that says 1.1 in PW altogether.

Well, the thing is, it IS a hack, and one with multiple versions out there all at the same time. Sure, maybe I wouldn't have gone with a dialog box for indicating it, but somewhere in the game you want the user to know which version they're playing, especially when it comes to people wanting to know if they're playing PW or PR, since the title screen is the same. And there are bugs in PW1.0 that got fixed in 1.1 like removing one of the heart pieces in the waterfall cave. The fact is, the sign is already there in both PW and PR 1.0 and 1.1, it just needs updating for 1.2.

Yes, I never fixed this in the game monologues. Not so easy to do actually. Should be evident however from the IPS file itself, which is 1.2. And all 1.2 versions are the only ones with title screen fixed.

To distinguish from PW and PR is that first cave. With Armos knight= is original. No Armos= remodel.

Title screen fixed= version 1.2, title screen not fixed= 1.0 or 1.1. The difference between 1.0 and 1.1= 1.1 has monologue grammar updates, so nothing to severe (also the combination of lost woods is different).

Version numbers go just fine in the readme file no need to say it in the game.

Remember all the Star Wars versions of the original trilogy that Lucas put out years later?

Just think if that were stated at the start of each film.

He has like tons of versions of the films. It just looks tacky to include it in the film in my opinion. I would rather see it on the DVD box or something.

I don't want to see at the start of the film. "Welcome to the film in this is version 1.57 the one where Han Solo does NOT shoot first, enjoy this version of the movie"

1.) Out of curiostiy, when was 1.1 released?
2.) Do you have plans to keep fixing up the game? I feel like something be done to the waterfall cave, add a piece of heart in there or something (it always confused me because I thought there was something to get in there). Also maybe you should make some rooms dark again in the remodel, I know the point was to be easier but you could still make some easy rooms dark, I only recall like 1 dark room in the whole game it's kind of weird lol. Finally, as others have mentioned, you should remove that "welcome to the hack" text. 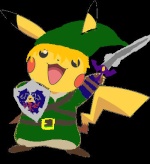 Parallel Worlds does have a heart piece in the waterfall cave. v1.0 had 2 of them, but it was glitchy so 1 of them was removed in PWv1.1, I can't speak for PRv1.1 though.

1.) Out of curiostiy, when was 1.1 released?
2.) Do you have plans to keep fixing up the game? I feel like something be done to the waterfall cave, add a piece of heart in there or something (it always confused me because I thought there was something to get in there). Also maybe you should make some rooms dark again in the remodel, I know the point was to be easier but you could still make some easy rooms dark, I only recall like 1 dark room in the whole game it's kind of weird lol. Finally, as others have mentioned, you should remove that "welcome to the hack" text.

1.) In 2007.
2.) We don't have plans on further editing the game and the version 1.2 is untested, that's why it is an "unofficial" release. Only the version 1.0 and 1.1 were finished at least once on both quests before the release.

qwertymodo wrote:Parallel Worlds does have a heart piece in the waterfall cave. v1.0 had 2 of them, but it was glitchy so 1 of them was removed in PWv1.1, I can't speak for PRv1.1 though.

I think the text is refering to the empty cave in PR in the Pyramid site, which is also a "waterfall cave". The big cave near the first pendant dungeon has 1 heart piece in PW1.1 and 1.2 and in PR 1.1 and 1.2.

Really? Last time I played through Remodel 1.1 I didn't see a heartpiece in the cave above the first pendant dungeon.

Top-left corner on the ledge

Well, I took the time to fix the text.  It's pretty simple with Zelda Script Editor (bank 2, index 162). You can fix it in a hex editor with a single byte

I just realized that the version number is also in the ending credits.  I'll see if I can find that...

Edit: ok, for PW at least, its 0x141032 $54 -> $55 but it seems like the font tiles are messed up.  All of the documentation I can find on editing the ending text only lists alphabetic characters, plus space, apostrophe, and a few others, no numerals... so maybe there aren't any numerals in the original tile set and the 1.10 was added for PW?  Not sure, but I'm going to poke around some more and see if I can find the font tile set. 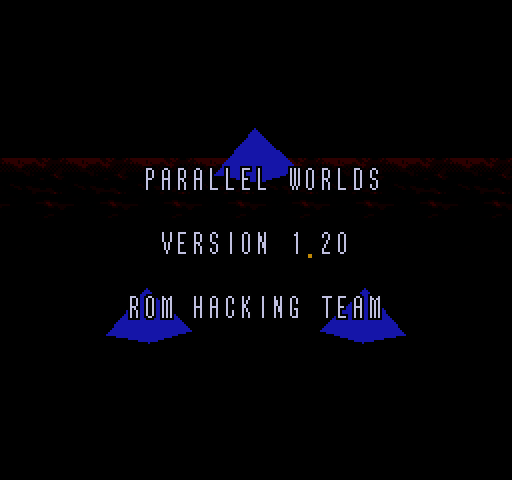 It's the same addresses and values for PR1.2, but the originals were one less (i.e. it displays 1.00)

hi everyone i have huge problem with a door in darunia's cave, the thig is i got version 1.2 from ronhacking.net i patched a clean rom and start playing everything was ood until i arrive this dungeon because i wasn't able to find big chest key anywhere, so i searched for i guide to see what i was missing and found out that big chest key can only be obtained after defeating the six big blue statues that appear in one room but then moves to one below, however i can't go to that room because the only way in is through a door that opens via switch/defeating monsters and the door that's supposed to open when the statues leave (the one at the bottom of the room) does not open, so is there a way to fix this? (without losing my game if possible)

Dang, that could very well be a bug with the room edits I made at the last minute.  Can you send me your save file?

If you know how to use a hex editor, the change that needs to be reverted is at 0x01298B6

This is fixed for 1.3, but since it's a game-breaker, here's a hotfix: https://dl.qwertymodo.com/zpw-v1.2_daruniafix.ips

Irronically it looks fine in HM. So I guess the doors don't open due to the hex order of doors on bg3 (again). Good thing we actually know that, since for a long time this was an unknown issue.

so is there a way to fix this?

Then reload the game and start a gamefile (no save states) and re-enter the dungeon.