Conn wrote:Changing bszelda is hard since the code is actually finished. also there might be no place for your full real name. If this is a heartwish of yours however, I'll change it to Mr.x

Ast also has place problems but I see what I can do. Were your first choice being credited with your full name?

Conn wrote:
This project is a nightmare sometime. We're stuck since 2 months already due to a misunderstanding from colines I think. Bszelda took one year already, but I think trovsky is more straightforward, so here's hope

AST had problems since I looked at the files. The files have volume clipping but I fixed the issue for the most part, check your email, Conn.

Forgot to mention, the file timing might be slightly off. I was more concerned about fixing the files.There was silence at the beginning of intro week 1 so I removed it.

@ Erock, I actually have a request for you when you get hold of your spriter.

To change the LTTP soldier sprites into Tediz which are the main enemies in Conker's Bad Fur Day! He may use these sprites as reference for the colors, so long as he's using 7 colors maximum:

This can be done, but I will need more details regarding these graphics changes. Like the actual exact sizes pixel wise and such of the soldier sprite.

Also when I think of the teddies I usually think of them as smaller than castle soldiers size wise.

As for their weapons I would think that the samurai sword would be best for them to have.

Before we do this let's think if there is any other character that could also be fitting as a replacement for the soldiers. Its a nice idea, im just trying think if it fits or not.

They can be the exact same size as the soldiers.

In Conker's Bad Fur Day, the tediz are the exact same size as Conker the squirrel. 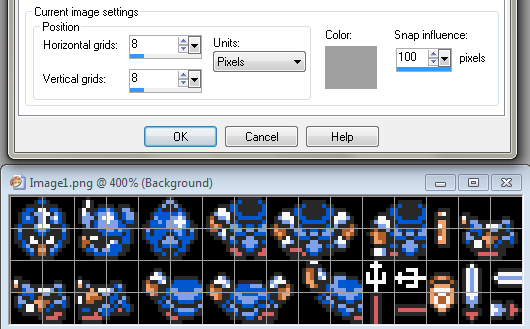 ^^Each block is exactly 8 pixels by 8 pixels in size!


He can use any colors he wants so long as the image has 7 colors maximum.

okay, the sword can be the ninja sword and the 3 spike tip dagger can be those throwing knives like in total war.

So what can the shield be?

Leave it blank or make a new shield?

He can probably leave it blank.

^^Any way to slow down the Star Wars Crawling a bit Conn?

Not like I would want Erock to do another take to make it fit
because he doesn't speak fast enough!

I'll also probably boost the audio volume of the track to normalize it with other tracks.

Oh my... I already gave you these addresses months (years?) ago. Are you able to dig that up?

Timing to trace is a bit scarce nowadays. I am occupied with real life and voice acting...

I do remember you gave me the ending slides the way to make them longer or shorter but can't remember about the intro although the asm for it can be found in the innovative hacks of this site.

^also i dont know if that's my personal fav voice for these scene.

i may rerecord or find a better version.

in my mind i have an idea of EXACTLY how i want this to sound so i get to pick the final version for this part.

Just make sure it fits within' the allowed time frame. And I believe that will be your third attempt at making it perfect. Just make up your mind already and try to stop striving for the perfect take. Out of all your takes, I still think the first one you made was the best one so far (except it had popping sounds in it)....

^^At the end of the day, I may drop msu-1 voiceovers altogether (for the first public release) if it becomes too much for me to handle...

Also the castle soldier that you want turned into a tediz. That soldier has some falling animation when he falls off of a cliff like when you push him off. Is this animation needed as well?

I've also wanted to add falling animation to conker when he falls instead of sparkles. Is this possible too?

Also I'm assuming you mean 7 colors + transparency for the soldier. This is important to note since it might be taken the wrong way.

Erockbrox wrote:Also the castle soldier that you want turned into a tediz. That soldier has some falling animation when he falls off of a cliff like when you push him off. Is this animation needed as well?

Nope because there won't have holes where you'll encounter those enemies. They will be located in only one location to my knowledge (unless they are so amazing that I may use them elsewhere), but I can make sure they are not in places where there are holes because I won't be using the other soldiers tilesets due to lack of space.

Erockbrox wrote:I've also wanted to add falling animation to conker when he falls instead of sparkles. Is this possible too?

If he wants to go for it, sure! Why not. Here's the Conker sprite alongside the original sprite for reference and location of the graphics to change. 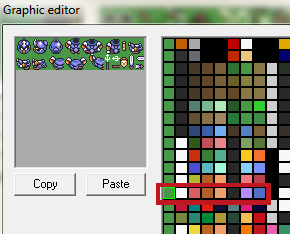 ^^Awesome! This should do the trick! I only need like five more seconds or so, I'll test this out and get to work!

Alright awesome Conn that address does the job really well.

Tried several time and finally slowed it down to a better 26 value (instead of 38), so at least the star wars song plays until the end now!

^^Here's another funny voice you could try when you'll redo your take(s) Erock! It isn't perfect yet, but doesn't matter until you give me your ''perfect'' take! Just make sure you don't chuckle in this one and that you read the dialogue properly!

Awesome, keep that address in your golden notice block of important addresses

Do you plan to distribute the sw theme? It would fit best, but ensure you provide the pcm download link not with the patch, but separate in the forum. Also make sure the cloud storage cannot be backtracked to the uploader

I think only disadvantaged is that we won't see many msu playtests on YouTube showing the intro... But I can live with that ^^

Jaqen H'ghar wrote:
The only backlash I could get would be if I distributed the msu-1 pack with copyrighted wave songs. I doubt they'll even notice if the songs are converted to the rather obscure pcm format.

Personally for this project, I excelled at producing ambient music for the dungeons so keep those themes. As for the other themes, here's some songs I don't particularly like by me that iI'd like to be replaced:
* Sith Path - Zelda 1 (Sweet home v2)
* Internet Explorer (Candyland)

In the case of the SM64 inside the walls theme, I'll probably use this one to fit with the retro aspect of the castle:

^^unless someone finds a snes version because it is very genesis sounding. 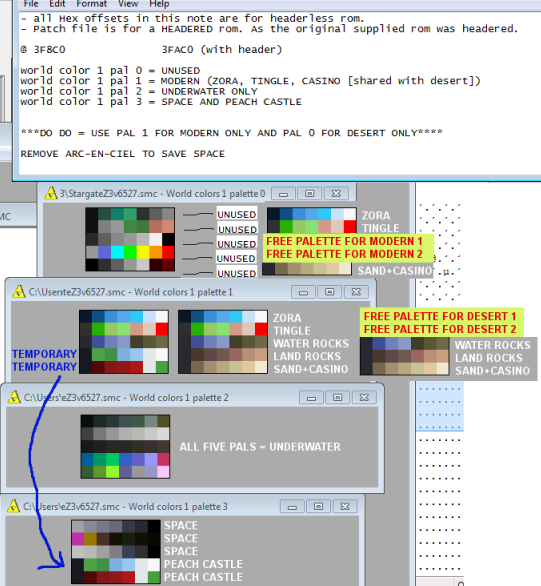 RATED AO ~ FOR ADULTS ONLY!

Seeing this, I thought all people have pissed the pool up, after getting drunk in the casino

"Oh, this place was once called Fairy Springs, the water had healing properties ... then the Stripclub was built and with it the Gorons came. Pervy people, do not know how to use a toilett, as you can see with the waters. Now it doesn't heal anymore. Do you want to taste and see?"
Conker: "Err, thanks, I believe you"

I might have to add a sprite that tells us this in this case, since there's already going to have another text dialogue in that area!

Hmmm.... even though its a joke, its kind of hard to believe that the whole lake is made of pee.

Maybe a different type of green or brown might work better.