I looked at the messages here and noticed that making the MSU for this game was tough. Well, thanks for the nice job.

Few years ago, a friend of mine (Savior Marks) requested me to do a MSU-1 pack with this game. Unfortunately, I never enjoyed this title and got no clue about the song themes and stages, but we are working to recreate a pack.

Right now, we are finishing a spreadsheet to collect all the infos about the current MSU-1 pack. It's so hard to do this with a game that we don't know, but I'll share everything soon.

Well, It's been a long time since I started to review the first PCM pack for this title, and I didn't finished it yet. I hope to finish it this year... But I want to share the job I done so far and do this report;

Link to a SPREADSHEET with details about this pack: https://docs.google.com/spreadsheets/d/1PvGL4mcegQJuFczUA9MDp_j_a1bzB1R0V_wAUOAIba4/

PATCH ISSUES:
The secret stage after entering the bird don't call any file. It should call 28.pcm, included in the current pack.
The songs 8, 9 and 10 (duplicates) should be looping, but they are not.
(I made a larger track for them with 3 loops and with correct looping point info for future purpose)

FIRST BASE PCM PACK ISSUES:
There's no setted looping points on the files and the volumes are not normalized.

Files called by the game that are MISSING from the 1st base pcm pack:

Anyway, apparently, only the continue screen is really needed because the black hole thing is actually a SFX.

PCM PACK AND/OR PATCH ISSUES:
Files that I couldn't call in a several gameplay tests. (This files are inside the base pcm pack)

NOTE: Even don't understanding why I couldn't play them, I know It's safer keep them all.

I was doing a complete new rip (and new mixing) from the SPC source to those tracks that has no remix avaliable, but I got tired. (I made it for 9 tracks and there's +30 left.) So, from now on, just to end this, I'll only get the new track suggestions from Savior, apply a volume normalization and set the looping points (Listed in the spreadsheet). Maybe I'll continue the re-rip (new mix) in the future.

As soon as I finish the job, I'll let a link here.

Finally, I'm done. It's possible that the set got some inaccuracies, but I'm not going back to this project near soon. It's a very extensive and complex MSU-1 set due to duplications and a hard track-map-test. I'm exhausted.

Half of the songs came from the initial set, but I worked on the normalization and on the looping point for each track.

If anyone want see more info about the reconstruction, there is a specific tab in the spreadsheet left in my last post. 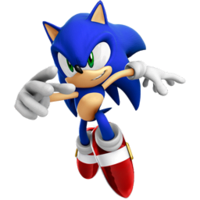 daniloroxette The Mission Complete music has no loop and it's short.

hey, ABOhiccups. Thanks for your feedback.
Indeed. Now I realize that I didn't extend the track and I was planning to do It because the looping is missing from the PATCH (Tracks 8, 9, 10). I made a PCM with the correct looping point, but with a short version. It would be better to loop from the patch, but I'll try to extend the tracks soon.

If there's another problems, please, tell me.

would be better if you could make it from the pcm side, I can set those tracks to non-loop, however, there are 5 versions (rev1, 2, french, with/out video)... the chance is always high that I mess something up if I touch old stuff... anyways, if you experience problems let me know