I did Birdie's stage doors to open at super move, but the guys behind the door are deleted, so i left the doors closed for now. The gfx data from Japanese rom are obviously bigger and cannot fit to overwrite original data.

Thanks, gizaha. Patch link has been updated in the main post and I included a small ReadMe in the zip, more so to notify people about the bug reporting process.

I realized that in this update that in one of Sagat's victory poses, the sound of his laughter doesn't come out anymore. Has it been removed or is it a bug?

Use Sagat, use select+button (to select win pose) and compare it with stock rom. Then tell me which button/pose has problem.

Also for your information, i found that you aren't forced to patch the rom, you can just keep the patch file in the same folder with the rom (same name) while using Bsnes (it frustated me for a whole hour till i realize this)

lol, this autopatch function frustrated me a lot as well in the other direction. I accidently had the old patch in the same folder, so the new tinkerings had no effects, and I wondered why

I'm loving the updates. FXPak has a minor graphic bug in some instances where the "Perfect!" graphic appears, particularly when it scrolls in.

Tested and working. Thank you very much !

Gizaha, your work on this game made it much more enjoyable to play. Would you be interested in making minor modifications to Super Street Fighter II as well? Like introducing the voices of the announcer "Round 1/2/3: Fight" similar to what you did by placing the voices "You Win / You Lose" in Street Fighter Alpha 2?

Thanks. I saw some combo videos and they are impressive.

At sfa2, i just enable them (they are already included in rom, like the death sounds as well)
At ssf2 i must include new files in msu file and second, they might not fit in spc ram. So i must disable samples and play music by msu. Too much work, i'm not interested.

record on a cartridge

Incredible work! They did much better than CAPCOM. It is very well done indeed. I used it in the SD, but, a question due to storage, is there a version with the original audios, and with the programming improvements, for me to record on a cartridge?

This isn't working on SD2SNES, it doesn't load at all. Possibly because of the ROM expansion (even though SD2SNES can support 96Mbit ROMs), but that's the only thing I can think of.

Fixed. It was a typo that caused unwanted expansion, i didn't notice that.
There is a change at sd2snes to hang in 1p mode fight. I'm not sure if it's against Charlie, or just random. Please tell me, it will show if its caused by the known sd2snes bug or not. 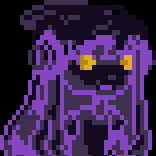 I noticed that the ROM 20210425 isn't loading at all in the SNES9X Emulator, and it's reading as a corrupted ROM, but the previous Versions didn't had this issue at all.
Will be there a fix?

I played against Shin Akuma in Akuma's Stage in Arcade Mode with Ryu and the Game freezed completely but the Music is playing.

Also sometimes the Game is freezing after I selected the Speed. This must be fixed.

OguzhanKuyubasi wrote:I played against Shin Akuma in Akuma's Stage in Arcade Mode with Ryu and the Game freezed completely but the Music is playing.
Edit: Also sometimes the Game is freezing after I selected the Speed.
This must be fixed.

Indeed. But it cannot be fixed, without following the only rule i set multiple times.

edit:
I almost put missing Z phase 1 frames, but pcx2snes has bug and superfamiconv as well. Of course i message them months ago but they did nothing.

It's impressive how many programs have known bugs and they didn't help at all.

If there is any advanced user that know the problems and can do the picture conversion it would help.

Here are some save states of glitches.

- A lot of freezes when the CPU opponent KO's you.
- A sound glitch before the announcer says "Round 1".
- Dictator's Psycho Crusher super colour stays on him after KO.

I found another Bug and fight against Shin Akuma again and I found out when I losing against him in the first Round he is flying and when I lose in the second Round he fly's again but in the end nothing happens anymore except the Music is playing.

That's the same as I was getting with the freezes on KO that I mentioned above.

Relikk wrote:That's the same as I was getting with the freezes on KO that I mentioned above.

Hopefully this is getting fixed.

I'm sure it will. Give it time.

You patched stock roms, right? Not the already patched ones.